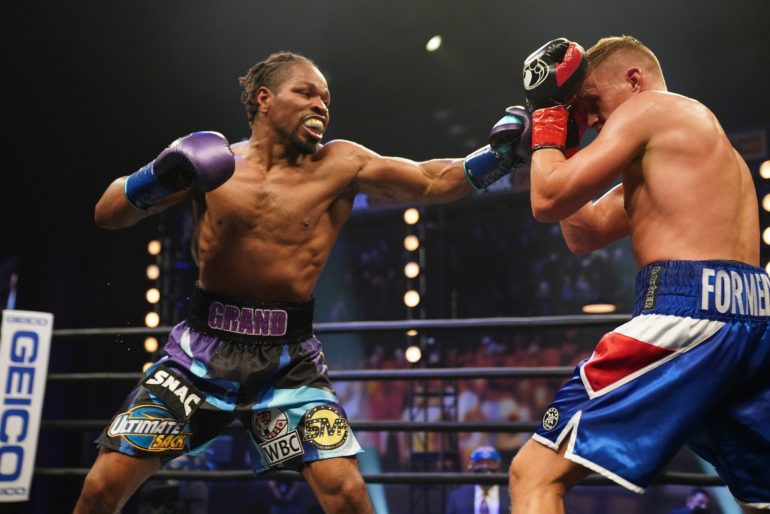 It was an impressive performance by Porter, ranked No. 5 at welterweight by The Ring, even though he faced a fighter who was a significant underdog. Porter looked very sharp throughout most of the fight, dominating the action by displaying a variety of attack against Formella.

Porter, who is originally from Akron, Ohio, and now living and training in Las Vegas, Nevada, last fought on September 28, 2019, losing by split-decision to Errol Spence in a world unification title fight. Porter would lose his WBC title to Spence.

From the opening bell, Porter walked Formella down, looking to close the gap between the two and connect to the head. Porter did find success, landing a counter left hook or right uppercuts, but it was hard jabs that would snap Formella’s head back early in the fight.

Formella relied on countering Porter off a jab, but as the fight progressed, Porter began to find a rhythm. In the middle rounds, Porter relied on his footwork and ring generalship to get in range to connect with vicious hooks and crosses to Formella’s head.

Sensing he was down in the fight, Formella increased his punch output during round 6. The tactic allowed him to connect more, including sequences when he would throw two jabs, following those up with a straight right hand to the head of Porter.

Porter’s punches began to take their toll in round 7. Formella continued to be game, but his punch output dropped significantly. A left hook by Porter with seconds left stunned Formella, forcing him back against the ropes as Porter landed at will before the bell sounded to end the round.

During the second half of the fight, Porter continued to unload on Formella, who was still game despite the number of punches he took from Porter.

During round 12, Porter landed several combinations flush to Formella’s head. To his credit, Formella continued to fight back, even though the outcome of the fight was already decided earlier in the fight.

Porter is confident he will face the winner of Errol Spence, Jr. and Danny Garcia, which will take place on November 21.

“(Formella) was tough,” said Porter, who prepared for the Formella fight by sparring his father/trainer Kenny Porter. “After about the sixth round, my dad said he was taking these punches and he’s going to continue taking them. He told me to keep the pressure on him.

Formella, who is originally from Poland and now resides in Hamburg, Germany, drops to 22-1, with 10 KOs.