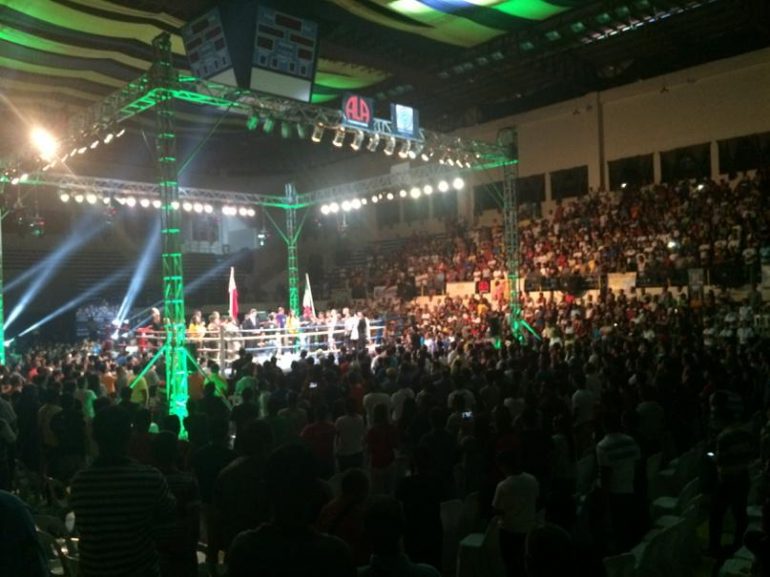 ALA Boxing, once the leading promotional company in the Philippines, has ceased operations after 35 years in business, the company announced Tuesday.

The COVID-19 pandemic, as well as the Philippine government’s politically charged decision to deny an operating license to its broadcast partner ABS-CBN, which aired its flagship show Pinoy Pride since 2010, were cited as contributing factors.

“All our fighters will be released so they can look for greener pastures for their respective careers,” reads a statement from the company, which means former four weight champion Donnie Nietes, as well as former titleholder Milan Melindo and other prospects and contenders are no longer under contract. The gym, a unique open air facility which featured an alligator, monkey and other animals, as well as a basketball court and track, will also be closed.

Named after its founder, Antonio L. Aldeguer, and based in the province of Cebu, ALA reached national prominence in the mid-80s with its first crop of amateur standouts, which included future world champion Gerry Penalosa, as well as future title challengers Andy Tabanas and Edito Villamor, the latter of whom would go on to become the gym’s head trainer along with his brother Edmund.

When son Michael Aldeguer took over the helm in 2006, ALA eventually branched out to the bigger venues of Manila like Araneta Coliseum and Mall of Asia Arena, and is the only Filipino company to promote shows in Dubai and the United States.

Though they never became champions, Rey “Boom Boom” Bautista and AJ Banal gained international prominence through their appearances on Golden Boy Promotions shows during the 2000s and became major attractions with Filipino audiences domestically and abroad due to their high TV ratings. 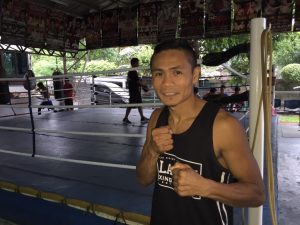 Donnie Nietes at the ALA Gym in Cebu. Photo by Ryan Songalia

Their greatest achievement was bringing Nietes, an unassuming but masterfully skilled boxer from Negros Occidental, to world championships in four divisions, beginning with the WBO straw weight belt in 2007, adding the WBO’s belts at 108 and 115 pounds, as well as the IBF flyweight belt.

At a time when most promoters had given up on selling tickets in the Philippines, ALA was able to cultivate a paying audience, bringing 25,000 to the Cebu City Sports Complex for the WBO junior bantamweight title fight between Z Gorres and Fernando Montiel in 2006 and an estimated 30,000 for a Bautista-headlined card in his home province of Bohol.

The company’s last appearance on the international stage came in February, when Jeo Santisima challenged unsuccessfully for the WBO junior featherweight title against Emanuel Navarrete on the Fury-Wilder II card in Las Vegas.

The company failed to produce main event talent to replace the aging Nietes and Melindo, slowing its momentum in recent years, as potential heirs Mark Magsayo and Genesis Servania left for other promotions abroad.

The Pinoy Pride series capitalized on the Philippines vs. Mexico fervor that emerged following the success of Manny Pacquiao, but their cards faced criticism for soft matchmaking, often bringing in opponents from countries like Indonesia and Tanzania who were not as sturdy as their records suggested. In one particular embarrassment the company issued refunds to patrons for a 2012 show headlined by Bautista when the opponent named Genaro Garcia who showed up in Bohol was not the former title challenger by the same name, who had been advertised, but an inept fighter who fell apart in two rounds.

ALA had once promoted monthly and weekly shows, but had not promoted one in 2020 prior to the pandemic. Their final show was on December 14 in Bogo City, Philippines, headlined by Jeo Santisima’s stoppage win over Rene Dacquel.