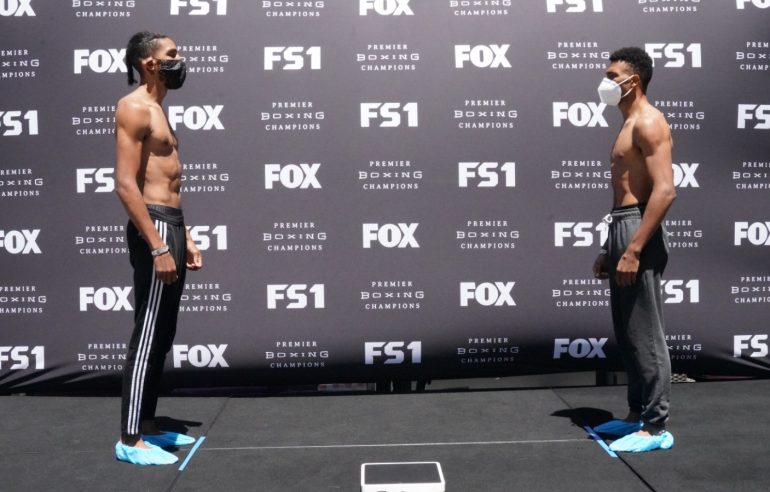 Jamal James scored a unanimous decision victory over Thomas Dulorme inside the Microsoft Theater in downtown Los Angeles. The bout headlined the return of Premier Boxing Champions to Fox. The judges scored it 115-113, 116-112 and 117-11 for the welterweight contender from Minneapolis, who moves to 27-1 (12 knockouts).

James used his height and reach advantage to dictate the pace from the outside. However, the veteran from Puerto Rico dug to the body with hard hooks and tried to make it rough throughout. Dulorme (25-4-1, 16 KOs) was able to keep it competitive and test James, but was simply outworked down the stretch.

These two share an opponent in common, Cuban veteran Yordenis Ugas. James lost to Ugas by unanimous decision in 2016, as did Dulorme a year later. James is now 7-0 since the loss to Ugas, his lone defeat as a pro. He won a vacant interim welterweight belt tonight, and figures to be in the mix for a legitimate title shot soon.

During the broadcast, PBC on Fox announced their fall schedule, which includes a PPV showdown between Errol Spence and Danny Garcia on November 21, and a bunch of “To Be Announced” events on Fox and Fox Sports 1.

Before the main event, junior welterweight prospect Omar Juarez improved to 8-0 (4 KOs) with a workmanlike unanimous decision win over Willie Shaw, who fell to 12-2 (8 KOs).

Three more undercard fights were broadcast on Fox Sports 1 after the main event on Fox concluded.