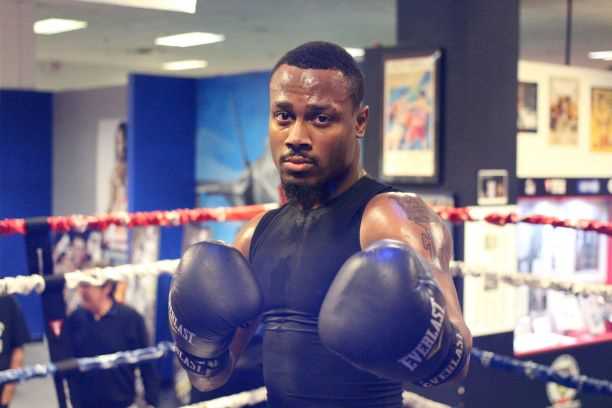 Ra’eese “The Beast” Aleem has graduated. He’s progressed from putting fruit on shelves and rotating product. He defeated the tedium of various menial jobs while trying to find his place in boxing.

He’s going to get a good idea on Saturday, when Aleem (16-0, 10 knockouts) is scheduled to take on Tramaine Williams (19-0, 6 KOs) in a 10-round junior featherweight bout on Showtime from the Mohegan Sun Casino, in Uncasville, Ct.

It’s the biggest opportunity, so far, in Aleem’s career.

The 30-year-old Aleem is 5-foot-6, with a 63½-inch reach and last fought in February. Williams is a 5-foot-4, 27-year-old southpaw who stopped in one of his last opponents and goes by the nickname “The Mighty Midget.” Williams has not fought in just over a year.

He knows the stakes involved. He loses and it could be back to what he used to do.

“It’s 100 percent the biggest challenge of my career,” said Aleem, who will be appearing on national TV for the second time, both on Showtime. “I know Tramaine Williams is a hell of a fighter. He has fast hands; he has fast feet.

“He has a high boxing IQ. He has all of the tools to be a world champion, so it’s definitely going to take my A-game to beat, and I know I’m going to do just that.”

Aleem feels confident in his conditioning. Though he’s never fought more than eight rounds in his career, and this first will mark Aleem’s first 10-round fight, he believes his endurance will make the difference.

“I am a 12-round fighter, and I am an action fighter, so I believe my biggest advantage is my cardio and my conditioning,” Aleem said. “I don’t believe Williams has been in with a fighter who has faster hands than him, faster feet than him; someone who can hit harder than him; someone with a higher boxing IQ than him.”

Between 20-26, Aleem was in boxing limbo. He was trying to navigate his boxing career through a few managerial snafus while keeping up with his bills by doing 9-to-5 jobs. He would double-up with jobs at Red Lobster, or other small gigs. His body was there, but his mind was always somewhere else.

It was monotonous, frustrating work, like when he worked in a local grocery store in Muskegon, Michigan. He knew he should have been sparring, or a hitting heavy bag.

“It was definitely hard, because I saw guys getting their shots, and I would question myself why I wasn’t getting my shot,” Aleem recalled. “I would go to a fitness gym, stay there for 20 minutes and get some work in, but I would always go back the next day. It makes you think. I would spar in other areas, or my friends would have a fight, and I was there and see it.

“Boxing was important to me. I started 3-0 and then went 18 months without a fight. And it happened again, with no fights for two years. It’s when I decided to move to Las Vegas. That’s when things started taking off for me. I can’t wait for Saturday night.”