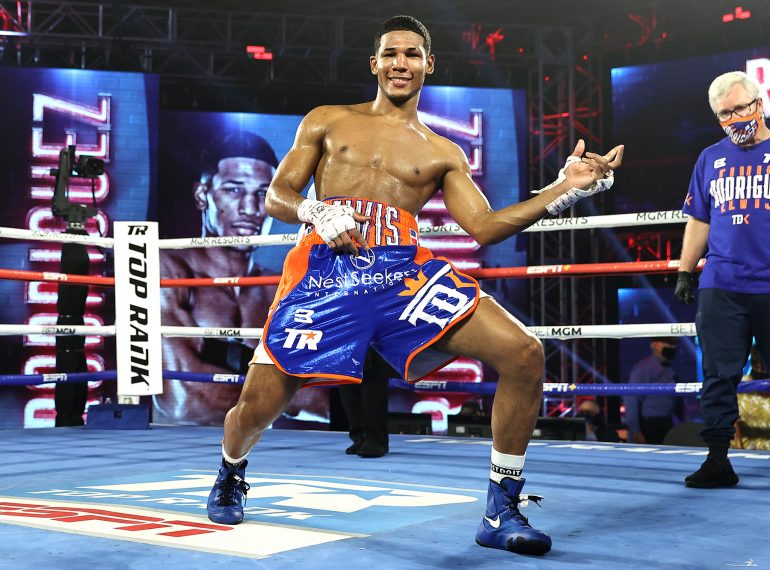 Chalk up another knockout victory for prospect Elvis Rodriguez.

The unbeaten junior welterweight knocked out Dennis Okuth in round 2 Tuesday night at the MGM Grand Conference Center in Las Vegas, Nevada.

Rodriguez, who is trained by trainer Freddie Roach, improves to 8-0-1, 8 knockouts.

The southpaw Rodriguez, who is from the Dominican Republic and now lives and trains in Hollywood, California, last fought on July 2, also in Las Vegas, stopping Danny Murray in the opening round.

Okoth (4-4-1, 2 KOs), who resides in Siaya, Kenya, was game, choosing to stay in the pocket and trade with Rodriguez.

Rodriguez ended matters in round 2 as he landed a right-left combination to the head, dropping Okoth flat onto the canvas. Referee Tony Weeks began to administer an eight-count, but waved the fight off at 2:33.

The 24-year-old Rodriguez has now won his last six bouts since a technical draw against Joaquin Chavez on June 28 of last year.