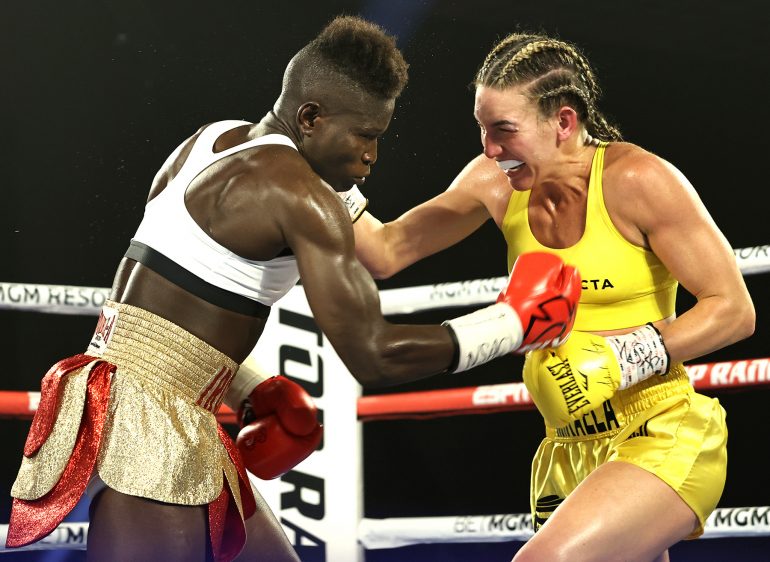 Another fight, another solid victory for Mikaela Mayer.

The clash between Mayer and Joseph was the first female fight to headline a ‘Top Rank on ESPN’ telecast, which has aired boxing since 1980.

Mayer was originally scheduled to fight Joseph on June 9, but had to withdraw from the fight two days prior after testing positive for COVID-19. Mayer, who since tested negative, believes traces of the virus were still in her system when she arrived to Las Vegas from her home in Colorado Springs, Colorado.

The 30-year-old did not have Al Mitchell in her corner Tuesday night after the longtime trainer tested positive for COVID-19 a few weeks ago. Trainer Manny Robles worked Mayer’s corner for the Joseph fight. 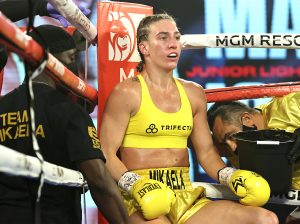 Joseph entered the Mayer fight having not fought since losing by decision to Delfine Persoon in November 19.’

The 31-year-old Joseph was game, attempting to walk Mayer down and throwing wide combinations. Mayer utilized her height and speed to counter Joseph with hooks and right hands to the head.

Joseph was still game entering the middle rounds, but Mayer was effective utilizing her jab, following them up with one or two-punch combinations.

By round 7, Joseph’s punch output began to diminish, mostly throwing arm punches that had little impact if they connected. During the final two rounds, Joseph fought in spurts as Mayer landed an array of combinations that rarely missed their mark. To her credit, Joseph was game until the end, accepting an embrace from Mayer after the final bell sounded.

“He’s my biggest critic, so even though I won every round, I probably didn’t work the body enough,” said Mayer on what she thought trainer Al Mitchell would tell her after the fight. “I abandoned my jab at times, but I think, all in all, he’ll be happy.”

Mayer believes tonight’s performance could lead her to a world title opportunity.

“(Promoter) Bob (Arum) said, ‘Great fight,’ and that the next one will be for the title. We’ve been trying to get a world title fight for a while now. I said, ‘Don’t let Eddie Hearn (outbid) us.”

Joseph, who is originally from Lagos, Nigeria and now resides in Hamden, Connecticut, drops to 17-5-2, 10 KOs.