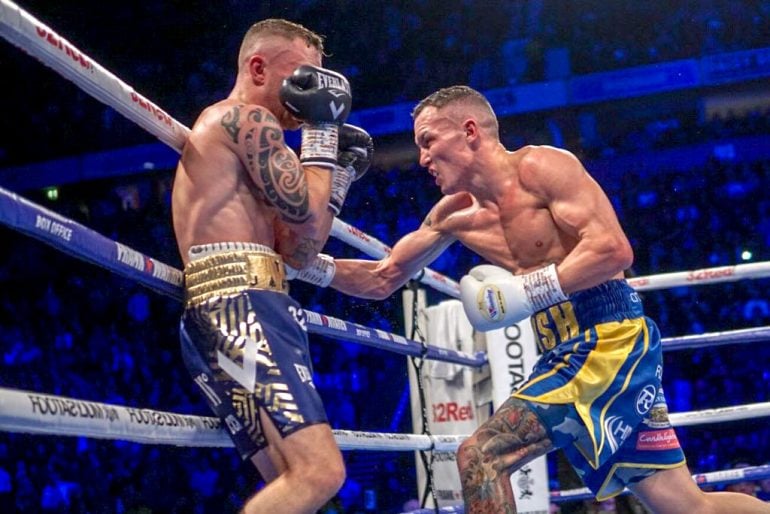 “Give me that challenge.”

“Give me that challenge.”

If Josh Warrington could select his next opponent, then the British featherweight would tackle Can Xu in a unification, then face Russell Jr. before tackling what is on offer at junior lightweight, preferably Stevenson (who recently confirmed he is moving up to 130 pounds), Oscar Valdez and Leo Santa Cruz.

Warrington, who will turn 30 in November, is relishing a return to action… whenever that may be.

The fighting pride and spirit of Leeds, England is missing a schedule to adhere to. Without it, “I feel a little bit lost to be honest,” he admitted to The Ring.

“I feel a bit lost not knowing when I’m going to be back out.”

Following a fruitful four-year stint with Frank Warren, Warrington (30-0, 7 knockouts) returned to the welcoming arms of rival promoter Eddie Hearn at Matchroom HQ. Version 2.0 of the Warrington-Hearn working relationship was going to kick off with a bang. Warrington vs. Can Xu was on the cusp of being a done deal, outdoors, at Headingley Cricket Ground in Leeds. Good times ahead. Then came the lockdown a month later.

“I’ll just keep on as normal,” he thought.

“It probably didn’t hit me until the shows started getting cancelled. I’m thinking, ‘Fuck, when are we gonna go out?’ And without something to aim for, that’s what’s affected me the most. I tried to keep strong. Out of all the lockdown, 90 percent of the time I’ve probably trained. There was a week where I had a bit of a blip, I just lost a bit of motivation.

“Signing with Matchroom again, everyone’s getting excited, and it gave me a new bit of energy, a new lease of life. I thought, you know, what I’ll use this time, work on a few things, perfect a few things, and then I got to a stage where I don’t want to burn myself out. There is a science to it. No matter how many people out there say they never leave the gym or are gym rats, there is a science to peaking. Athletes at the top level, whatever sport they are in, will tell you, you do have peaks and you want to peak for that one night in the ring.” 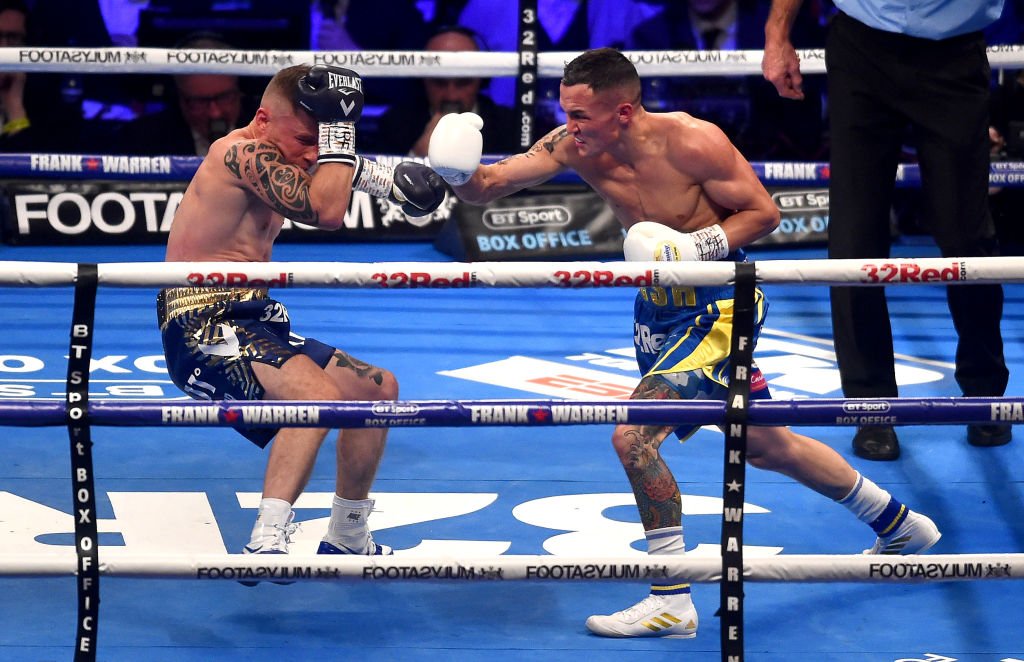 Warrington, who is rated No. 1 by The Ring at 126 pounds, has been back doing what he loves for the past few weeks. He’s enjoyed spending time with his twin daughters, he’s finally got round to doing the little jobs around the house that we all put off. Oh, and if you saw a tweet of his from last month, he cannot wait to get a haircut!

“I’ve been doing little bits and pieces in the garden while the weather’s been nice and just enjoying the time at home,” he added. “I’ve got a gym round the corner from my house. It’s my own gym now. It’s got a ring, bags, a speed ball in there, a few weights, so I’ve been fortunate enough to keep ticking over with that. I keep myself to a decent level of fitness and shape. I’m ready to get back at it, ready to get back to some sort of normality.”

The normality is fighting which brings its rewards, whether it’s another title, another good payday or fighting in front of a home crowd that could rival Ricky Hatton’s following.

The normality is also a reality that, when he explained, can hit home with most of us. He is a well-known boxer in the U.K., he earns enough to not have to worry, but that doesn’t mean there are still not bills to pay, examples to set to his children and his own father and siblings that he wants to look after.

“There’s more riding on it, loads of little factors riding on it,” he says of his career and the desire to keep winning.

“You just want to keep on going. I didn’t think I’d get to a stage where the money that’s being put about for these fights… bloody hell, I can set my family up for life here. Not only that I can set my brother up who’s registered special needs, my sister who’s autistic. If they ever need a helping hand in the future I can step up.

“I’ve always felt that since I’m the oldest of my siblings there has always been a responsibility there. I’ve always felt like my dad has put a lot in so as I go on and achieve greatness or achieve bigger things or bigger pay days, he’s going to get rewarded from that. He sacrificed a lot of his time when I was younger, picking me up from work and taking me to the gym, going out at eight in the morning and not getting in till ten at night. If I can get to a stage where he can pay his mortgage off and don’t really have to worry about much, then happy days.”

Warrington also spoke of not wanting his children to think they can walk into a big brand retail store and get whatever they want. He doesn’t want them to take life for granted.

But he is also thankful that his girls don’t have to see their parents worrying about bills and can go away on holiday without it becoming a financial burden later on in the year. The picture is bigger than Josh Warrington. He realizes that and is proud and comfortable to carry that responsibility on his shoulders.

Call it a cliché but he is daring to be great with what he says. It won’t all come to fruition, but he doesn’t want to dine out on the wins over Lee Selby and Carl Frampton for the rest of his life. The challenges Stateside could potentially build a legacy and have him talked about for years to come. He wants to be known as a champion, a great fighter, but perhaps more importantly a man who took on the very best the world had to offer.

“It’s the back against the wall kind of thing,” Warrington explained. “I want to prove people wrong. Just look at what can be achieved. I’m never satisfied. I wanted to be a unified champion, why not dare to be a multiple weight champion? It’s right in front of you. I want a collection of big fights – Valdez, Santa Cruz – it adds up to being a great fighter.

“When I were coming through, I never thought I’d be at the stage I’m at now. I ain’t been given it, it’s been a lot of hard work to get to the stage where I’m at. I absolutely love it and as a boxing fan you always want to see the biggest fights and now I’m in a position where I can give the fans the biggest fights. I don’t go about my business by talking shit or doing 500 posts on social media. I go about my business trying to be entertaining as I can in the ring, taking the big fights and biggest challenges. That’s how I want to be remembered.”