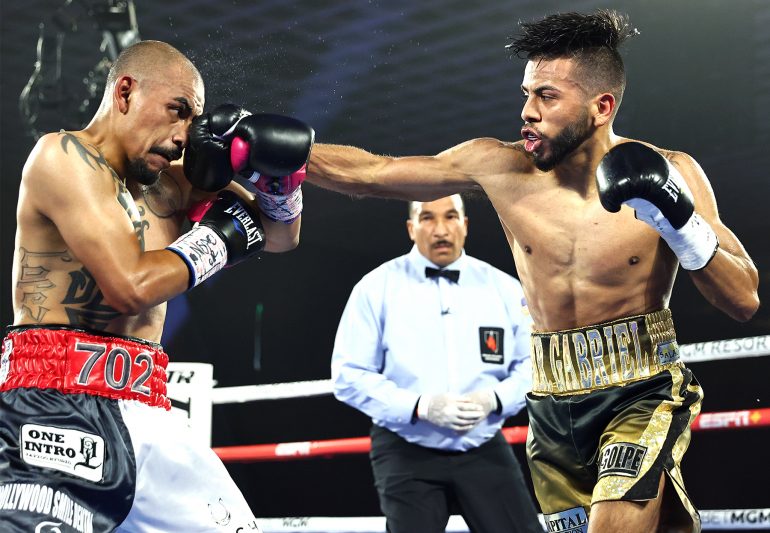 Judge Dave Moretti had it 39-37, while Eric Cheek and Chris Migliore had it 40-36, all for Muratalla, who went the distance for the first time in his pro career.

The bout took place on the undercard to the 10-round welterweight contest between Jose Zepeda and Kendo Castaneda.

From the onset, both fighters wasted no time in getting to know one another in an exciting opening frame.

Muratalla, who is a pre-school teacher by day and a boxer by night, landed a solid left hook to the body. Lopez, a pressure fighter, found success with the right hand and roughed up his opponent on the inside. With about 13 seconds left in the round, Lopez connected with another crisp left hook to the body and followed up with a left upstairs.

The 26-year-old Muratalla (4-0, 3 knockouts), of Fontana, California, was more effective in the second round. He boxed effectively from the outside and landed short right hands downstairs. But Lopez didn’t make it look easy, countering Muratalla as he was trying to evade after getting off a combination.

Muratalla mixed things up exquisitely in the third round. With about 45 seconds remaining in the frame, Lopez had tied him up. But very articulately, Muratalla took a step back and ripped Lopez to the body with lefts and rights and finished off a three-punch combination with a left hook to the head. By the end of the round, Lopez had slowed not only mentally, but also physically, as his punch volume had dramatically dropped compared to the beginning of the contest.

Muratalla began to school Lopez in the fourth round. With 1:33 remaining, he knocked Lopez back with a solid left hook, which forced Lopez to clinch. He also repeatedly connected with one-two combinations and took the confidence out of Lopez, whose punch volume had dramatically reduced from the first part of the fight.