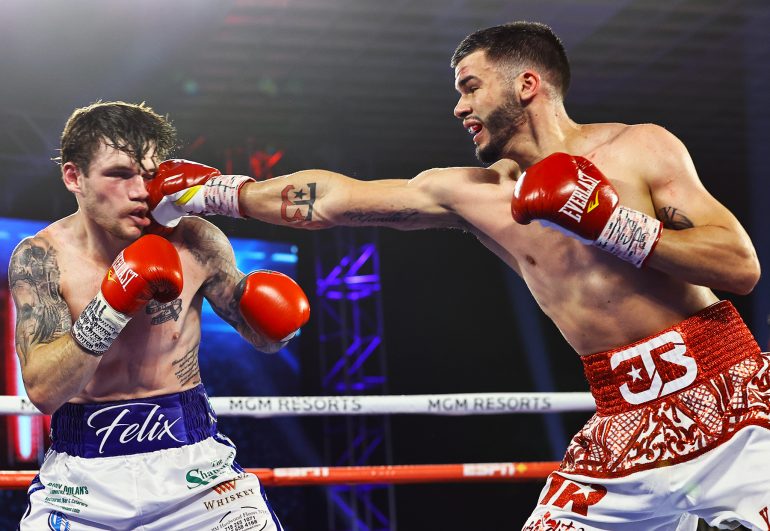 Judges Adalaide Byrd and Dave Moretti scored it 80-72, while Patricia Morse Jarman found a round to give to Fryers, with a score of 79-73.

Bauza landed 103 of 321 total punches (32%), to 76 of 279 (27%) for Fryers. The Irishman, who now fights out of New York, did have the advantage in body connects (40-13). He fought aggressively and had moments, particularly with his body attack, but seemed troubled by Bauza’s southpaw stance and superior fundamentals.

Bauza, a native of Puerto Rico who now fights out of North Bergen, N.J., looked comfortable tonight, but still has plenty to work on going forward. He displayed good defensive instincts and landed plenty of sharp counters, but it was mostly one punch at a time.

After scoring stoppage wins in five of his first eight fights, Bauza’s last six bouts have gone the distance.