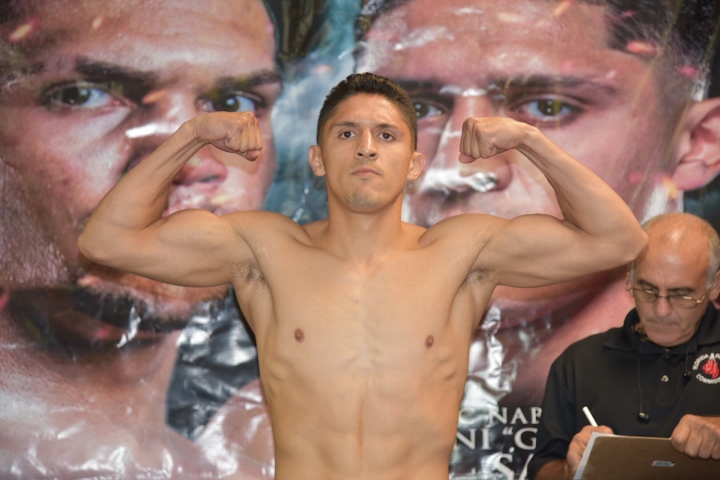 31
May
by Francisco Salazar

The 28-year-old southpaw will continue to be promoted by Thompson Boxing Promotions.

Santillan (25-0, 15 knockouts), who resides in San Diego, California, last fought on November 22 in Ontario, California, when he knocked out Wilfredo Buelvas in the second round.

Camponovo, who serves as Thompson Boxing’s general manager and matchmaker, is eager to see Santillan fight on a top platform like ESPN.

“We are working together with Top Rank, and we look forward to showcasing his talents,” Camponovo told The Ring. “Giovani will fight in June on one of their shows. Since they’re the lead promoter, we’ll let Top Rank make the announcement as to when his next fight will be.”

Santillan has been a staple of Thompson Boxing’s ‘Path to Glory’ cards over the last seven years in Ontario and nearby Corona. His first televised fight took place in July 2017, on Telemundo, when he scored a second-round stoppage over Sammy Valentin in a clash of unbeaten prospects.

Following his knockout victory over Dodzi Kemeh four months later, Santillan did not fight for over a year and a half.

“I know Giovani’s manager had passed away months later,” said Camponovo. “Giovani is back in a good place and he’s getting ready for an opportunity to later fight for a world title.”