18
May
by Kurt Emhoff

His guest on this episode is Golden Boy Promotions’ matchmaker – Roberto Diaz. They discussed how Roberto got into the sport through a chance meeting with one of his favorite fighters – Marco Antonio Barrera. They also discussed how Eric Gomez drafted Roberto to be a matchmaker out of necessity and how Roberto learned the matchmaker craft on the job.

Additionally, they spoke about Golden Boy’s plans for coming back post-COVID lockdown and what’s next for Canelo Alvarez, JoJo Diaz, Ryan Garcia, Xu Can, Vergil Ortiz and many of the other stars on the Golden Boy roster.

“So we’ve been talking to several commissions all over the country and just waiting on really what the requirements are going to be. It’s new territory. It’s going to be, at the beginning at least, for the safety of the fighters and those working in production and the promotion staff and the commission – there’s going to have to be additional testing for them and then probably quarantine. But we are talking to commissions. One of the targeted dates that Oscar thought of, and it’s a great idea is – Hey, what better day to start than 4th of July. A celebration with giving back to the fans, giving them good fights and who better with than let’s try to get Ryan in there for the 4th of July. So waiting on the commissions. We’ve talked to several all over the country and they’re just waiting to see what they’re going to implement as far as the testing and how it’s going to be done, what the protocol is going to be.

And also waiting for DAZN to make the decision that they want to go as early as July. They have mentioned that it’s possibly later, but we’re working on it. Hopefully, the sooner the better because as long as it’s safe and yes, probably the first, maybe to the end of the year it’s going to be behind closed doors. But it’s just something new. We have to adapt, we have to adjust and hopefully, sooner than later we can go back to normal and then (have) the big attendance and then the fans back into the fights. But for the safety right now, I think that’s probably going to be the norm.”

On where the relationship with Canelo stands and what the Canelo-GGG III situation is:

“You know, it’s like all relationships. Even the husband and wife sometimes argue over the remote control, after so many years. It’s bound to happen, a disagreement here or there. But no, things are good. We had a call with him the other day and he’s training. Obviously, he’s following all the regulations and everything that needs to be done and can’t spar. But he’s just maintained himself. He always does that in general. I mean, he’s always doing something, even when there’s not a fight date. He’ll be in the gym just to stay loose and stay sharp.”

I was surprised Kurt because of all this, GGG wants Canelo, GGG wants Canelo and then it was like, okay, now he wants to do his mandatory first. I respect that. I respect that, but at the same time, it’s like, okay, then what was all the fuss about? But you know, Canelo said, yeah, I’ll fight GGG when the time comes. So it’s a fight that I hope we get done. I think needs to be done because of how good the first two were, how close they were. And I think the third one we’ll definitely put an end to it and it’ll be much clearer than the first two. “

On the status of the proposed Ryan Garcia-Jorge Linares fight: 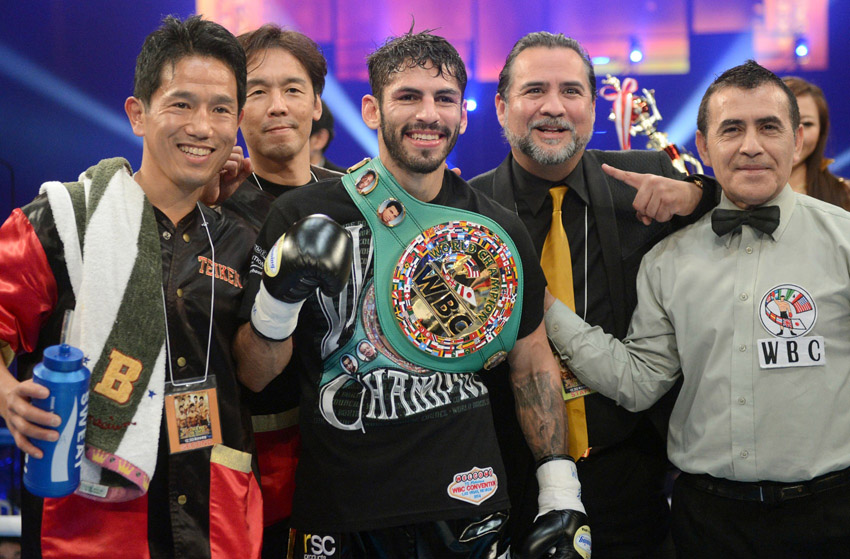 “It’s a fight that both sides want. It’s a fight that I think the fans from what I’ve been reading really, really accept and like. It’s a fight that personally, I love it. They’re very similar to each other as far as the talent, the speed, the technique. But now you have youth against experience and that’s what I love about it. Bottom line, if Ryan goes in there and knocks out Jorge Linares or beats Jorge Linares, and I’ve told this to Ryan, you’re always going to have critics. I mean, they still criticize Canelo. That’s just boxing. That’s just boxing. No other sport is like that. But boxing is, and I said, we got to deal with it. However, he beats a Linares and he’s done more than even world champions outside of Lomachenko current in the division, you know?

If he loses to Linares, at the end of the day, he’s so young right now that that experience that he picks up in that fight is going to be very valuable down the road. So these are the type of fights that I really like because you have youth against experience. But here you have two very talented fighters. How many times has Linares been counted out? All the time. I mean years ago, I remember Richard Schaefer coming into the office when Linares lost two fights back to back to Antonio DeMarco and Yeyo Thompson, both by knockouts. And Richard came into the office and said, release him, it’s over. And I turned around and said, and I’ve known Jorge since he was 17-18 years old. A lot of the times it was mental and I was like, no, you’re wrong. . .

When people in the game, like yourself, say it’s a 50-50 (fight), one day you might say, Oh, Ryan, the next day, nah, I got to give it to Linares, then that’s a beautiful fight because it divides everybody. It’s good and it’s good for boxing and that’s what we need more of right now. Unfortunately, with the situation, Jorge’s in Japan training and the borders being closed, if that fight was to happen in the next couple months, we’d probably have to find somebody else right now because Jorge couldn’t come in . . .

It was set. When they both performed on February 14th and they both looked great and they both won by knockout. That (fight) was set for July. It was something that we were already contemplating. Obviously, talking to both teams and both teams said, yeah, they wanted it. So it was like, it was just a matter of time as we got closer to start working out the announcement and contract signed and all.

I know they’ve both been going back and forth on Twitter right now. It’s getting more and more every day. So, I don’t think they’ve lost sight of each other. I think they both know that it’s coming.”

On what’s next for Vergil Ortiz, Jr.:

“I think the next year you’ll see him fighting for a world title. And not only that, winning it. Vergil is very special. He’s a kid who’s very quiet, but hardworking. That’s a trait that we definitely look at in it. As much as there’s so many talented out there, dedication and discipline doesn’t normally, or at times doesn’t go hand in hand with talent. And that’s something that’s very important because look, we’ve seen it time and time again – the Panchito Bojados and to us Frankie Gomez. Such a talented kid, coming off his biggest win on a pay-per-view undercard of Canelo over Mauricio Herrara and then he disappears. Nobody ever saw him again – Freddie Roach or nobody ever saw him again. And it’s like, what’s going on? But I mean, you had the world in your hands and you’re able to change your life.

But Virgil was one of those kids that for a hobby, he runs. He loves to run. And then he’s just a kid. It all depends. I like to take a fight by fight and how you perform on that fight, whether it was sluggish or for whatever reasons you came down with a cold or something. Okay. Move on to the next fight. But Vergil, every test that he’s been given, he’s passed with flying colors. He’s knocked out two former world champions with (Juan Carlos) Salgado who knocked out Linares in the first round and Mauricio Herrera. You know Mauricio Herrera told me after – like, dude, you didn’t tell me he hit that hard. I mean man, I thought you, you loved me or so, you know, it was like. I didn’t know he hit that hard, thank God he hasn’t hit me.

And then he knocked out (Antonio) Orozco who went the distance with Jose Ramirez. I mean this is a kid that you know, he’s 15-0, 15 knockouts. He’s still very young. But I think in about a year’s time as he matures and gets those rounds, he’ll be ready to fight anybody in the division. I mean, he’s made mention that, hey, in a couple of years I want to fight (Errol) Spence. That’s his ambition. He doesn’t just want to fight this (non-descript) guy to win a world title. He wants to beat the guys. He wants to beat champions. And that’s the making of a great fighter.”