Lucas Matthysse says he’s back in training for a comeback 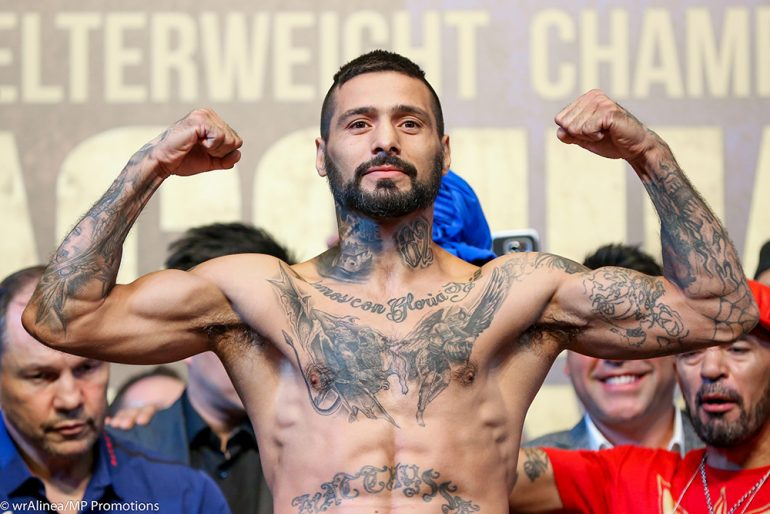 You can add Lucas Matthysse to the growing list of fighters who are channeling boxing nostalgia.

The 37-year-old from Argentina has followed the likes of Evander Holyfield, Mike Tyson and James Toney in stating he wanted to get back into the ring in some fashion or another. Instead of exhibitions, he says he wants to come out of retirement for real competition.

After suffering a seventh-round knockout to Manny Pacquiao in July 2018, Lucas Matthysse hung up the gloves.

Nearly three years later, Matthysse has announced that he is ready and willing to fight again.

“After the last defeat, I wanted to throw everything to hell. There are things that happened; it is difficult to digest a defeat because nobody likes to lose. Everyone is preparing to win,” Matthysse stated on an Instagram live chat via BoxingScene.

Matthysse also confirmed that he has been training for his return.

This wouldn’t be the first time that Matthysse took a long break following a loss. After a 10th-round knockout defeat at the hands of Viktor Postol in October 2015 for the vacant WBC junior welterweight title, Matthysse took a 20-month layoff before stopping Emanuel Taylor in five rounds in May 2017 at T-Mobile Arena in Las Vegas. It has been nearly 22 months since the Pacquiao fight.

Matthysse has informed longtime promoter Golden Boy that he is ready to fight for them again if interested. The company has co-promoted his bouts since 2009 and re-signed the slugger to a five-year extension back in January 2015, but did not finish out the contract.

“Today I do not know (what’s going on), not even (promoter Mario) Arano has called me, not even Golden Boy, but I told them that if an opportunity comes up then maybe I will (return), maybe I won’t,” he stated.

Matthysse said of a fight with former 140-pound titlist Amir Khan: “Let’s (do it).”

Matthysse (39-5, 36 KOs) was known as “The Machine” for his relentless style that produced countless highlight reel knockouts, and numerous wars. His 11th-round knockout of John Molina won The Ring Fight of the Year honors in 2014 and his 2015 battle with brawler Ruslan Provodnikov was also a candidate for FOTY.