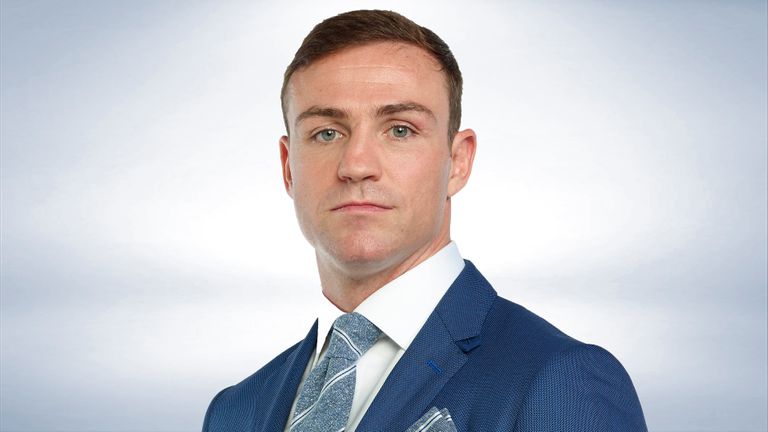 It was two weeks after officially retiring from boxing that Matthew Macklin knew he had complete closure on his career.

The three-time world middleweight title challenger was in Glasgow, commentating for Sky Sports on Ricky Burns’ bid to become a three-weight world titleholder against Michele Di Rocco. That evening’s proceedings didn’t flick the switch of regret for Macklin. His career was definitely over.

“I never wanted to do things the easy way or be a big fish in a small pond,” he wrote in his official retirement statement published on Friday, May 13, 2016, one day before his 34th birthday.

“I then had my best weekend in 10 years,” Macklin told The Ring.

It had been five weeks since Macklin’s last fight; a 12-round majority decision win over Brian Rose, on the same card that saw Anthony Joshua win his first heavyweight title. That night, at London’s O2 Arena, Macklin toiled but found a way over the line to record the 35th and final victory of his 14-and-a-half-year career.

“I thought it’ll tell me what I need to know anyway, because if I go out there and blitz him in two rounds, I might get a world title shot,” he recalled.

By then, however, the British-Irishman’s buzz for boxing had gone. Macklin initially pinpointed the before and after of his fight against Jorge Sebastian Heiland in 2014 as the period that began bringing the final curtain down. But during the conversation Macklin looked back at the time before he fought Sergio Martinez (L RTD 11) in March 2012 and described himself as then being “done”.

“I had been a pro 11 years. Boxing is hard. When it’s all exciting and everything is happening, that’s what you want, but when you’re stuck in a city and you’re lonely and you’ve spent loads of money to be out there… after a certain amount of time that takes a piece from you. It’s like a hard fight, I think. As hard as the fights are, we expect that but it’s the emotional side of it; the loneliness, the setbacks, the disappointments. I think there’s only so much of that in you.”

Macklin had come up short in world title shots against Felix Sturm, Martinez and Gennady Golovkin. After losing to the Argentinian he was looking for an exit strategy. Cashing out sounds mercenary but Macklin had greatly enhanced his reputation against Sturm and Martinez, enabling him to fight for generous pay days on HBO. A far cry from the days of going life and death with Jamie Moore in a 2006 British boxing classic for the 154-pound British title. Nine years later Macklin would fight for four times the money he got against Moore when he took on Jason Welborn in his penultimate bout.

“I could be dying for x-amount and I’m getting this for boxing someone like Jason Welborn, who I thought was a two-round job,” he said. 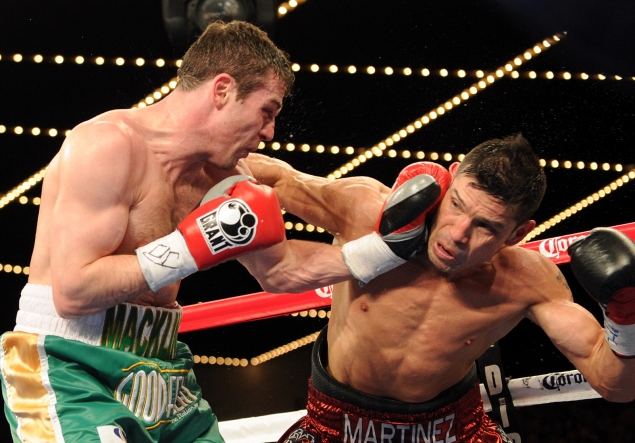 Nowadays Macklin is flourishing in his work as a pundit for Sky Sports. He also has an impressive property investment business and has rediscovered the love for boxing he had when he was just starting out.

It is a life of no regrets for the affable 37-year-old. A good, bad and ugly which has been necessary for Macklin, he believes.

“You have to taste the lows to enjoy the highs.”

Macklin has learned from mistakes that a lot of us tend to make. You don’t have to be a professional fighter to spend a lot of money and drink a lot. But from the ugly side has come the greater good of investing big purses and, admirably, he has not had a drink in five years.

“I’ve been quitting since I started,” he answered when asked why he had quit.

“Waking up in the horrors, can’t remember getting home or remember what I said or did. I had no limits. Once I had one, I had a hundred. There was no stop button, there was no go home. There was plenty of chaos in my drinking. I didn’t live the life in between fights. I had a lot of fun, it was part of the journey.”

Happiness appears to be an alternative world title win for Macklin. His contentment and positivity shone through during the interview. He has processed his career and realised what he achieved: Irish, British and European middleweight champion, pushing Felix Sturm to his limit in Germany and giving Sergio Martinez plenty to handle at Madison Square Garden.

Yet the times of loneliness, setbacks, injuries and disappointments are more than enough to justify that when Macklin did retire it was at the right time, and arguably should have come sooner. But, as he pointed out, had he bowed out against Heiland or Martinez there would always have been a possibility that he would come back.

One rainy night in Manchester, in 2013, felt like another proverbial penny dropping for Macklin. A moment of realisation at the time and recounting it to The Ring years later gave him pause for a laugh about it.

“I remember going over to Manchester with [Joe] Gallagher and I trained the first night in the gym. The place I was staying in was this serviced accommodation just on the outskirts of town. I trained in the gym in Bolton, we chatted for a bit and I drove back.

“I got the key, checked into the serviced accommodation. It’s clean, it’s basic, it is what it is but it’s not the homeliest let’s put it that way. So I put my bags in, and needed to get something to eat. I’ve gone back out to the shop, got some stuff and I’m walking back to the serviced accommodation. I’m going down by The Printworks and it started to rain, so I’ve legged it in under a shelter and I remember going into a cafe to get a cup of tea, waiting for the rain to stop. I remember looking out the window, there’s no one else in the cafe and it’s nine o’clock at night. It’s dark and I remember thinking, I’m 31 and I’m still fucking doing this! I was doing it because I didn’t know what else to do.”

Boxers are creatures of habit and when the time comes for the biggest habit of all to stop it can be the toughest fight they have ever faced, tougher than any opponent across the ring trying to knock them out. In the end Matthew Macklin played it smart. At the beginning everything was about fighting, the next title and becoming world champion. In the middle came the title shots and financial reward. The exit strategy became a paramount phrase for the end and understanding when to get out, knowing that he couldn’t do what he used to. Closure. And because of all that Matthew Macklin’s life after boxing is secure, busy, healthy and enjoyable.