REGIS PROGRAIS AND MAURICE HOOKER SET TO CLASH ON APRIL 17 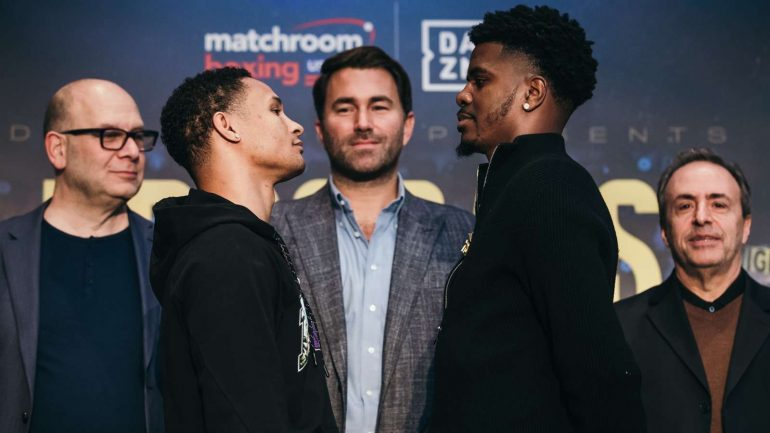 Prograis and Hooker, two of the most exciting fighters in boxing, are set to do battle.

No Belts on the Line. Just Pride.

Prograis (24-1, 20 KOs) looks to rebound after tasting defeat for the first time when he lost to Josh Taylor in a title unificaiton bout in the World Boxing Super Series final in October. During the tournament, Prograis put himself on the map and established himself as one of the top 140-pound fighters in the world with sensational victories over Terry Flanagan and Kiryl Relikh.

After such a tough fight his last time out, no one would have blamed “Rougarou” if he’d chosen a tune-up bout. The mere mention of doing such isn’t even in Prograis’ DNA. It’s all about the biggest fights and the ultimate challenges, which will make him a better boxer.

Hooker (27-1-3 18 KOs) also suffered his first setback when he lost an all-action fight to unified 140-pound champion Jose Ramirez in July. “Mighty Mo” returned to the ring in December to score a vicious first-round knockout of Uriel Perez.

Taking on Prograis is something Hooker has wanted for a while. The 30-year-old knew it was just a matter of when, not if, he’d meet his fellow Texan inside the ropes.

“I was always thought me and him would meet,” Hooker told to DAZN News. “I thought it would happen a long time ago, but then something happened. He was a world champion before me. I’ve been wanting to fight him, and then we got caught in (different) fights. We’re both from Texas. Eventually, we were going to meet up. It was inevitable.”