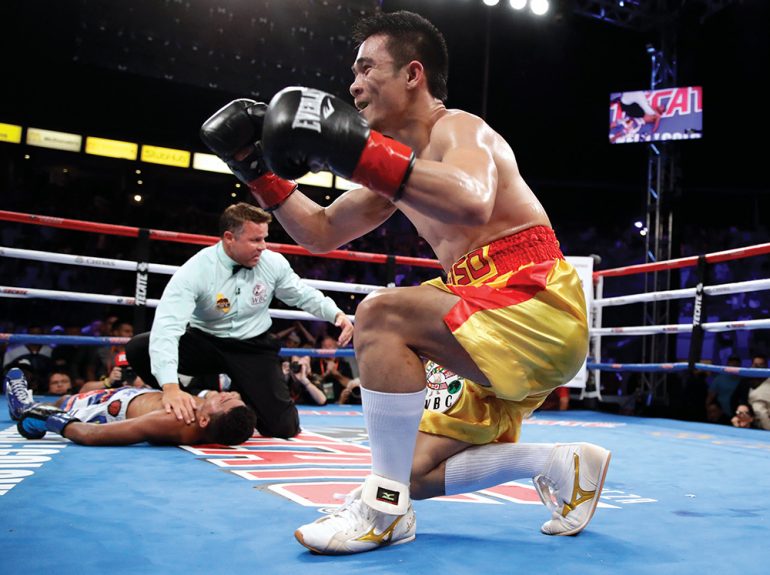 Srisaket Sor Rungvisai (47-5-1, 41KOs), the former 2 times WBC World champion from Thailand is set to get back into the ring again on April 4th, 2020, against one of the most talented Thai boxers — Amnat Ruenroeng (20-3-0, 6 KOs). The fight will be the main event of the second episode of WP Boxing series, the number one boxing program in Thailand.

This will be Rungvisai’s first fight since the former Super Flyweight world champion’s unsuccessful world title defence against Juan Francisco “Gallo” Estrada on April 26th last year in California, USA, when he lost to his challenger by unanimous decision.

Rungvisai is currently ranked first in WBC Super Flyweight World rating and has already been named a mandatory challenger for the title during WBC’s annual convention last year in Mexico. His goal is to have a trilogy fight with Juan Franscisco Estrada to get back his WBC World title.

In the meantime, Rungvisai will have to win this upcoming fight against Amnat Ruenroeng to maintain his opportunity to challenge the World title. “I will take this opportunity to remind el Gallo that I remain perfectly fit. I started counting down toward the rematch with him. Amnat Rueneoeng is one of the boxing legends in Thailand, so I won’t take him lightly as well. It will be a great fight.” said Rungvisai.

Rungvisai’s opponent in this fight, Amnat Ruenroeng, is a former IBF world champion. It is fair to say that Ruenroeng is one of the boxing legends of Thailand. Ruenroeng had manifested his superiority over many great boxers as he won over the likes of Kazuto Ioka, McWilliams Arroyo and Shiming Zou and had 1 win – 1 loss against John Riel Casimero. His sophisticated boxing skills and talent are surely not questionable. Last year, Ruenroeng had two impressive wins against Brian Lobetania and Karoon Jarupianlerd, the current #13 World ranked of WBA’s Bantamweight ranking.

“We are very excited to continue our collaboration with Srisaket Sor Rungvisai and his team. We expect a great fight and an impressive win from Rungvisai, and we are looking forward to have him back in the US for a big fight later this year” said Frank Smith, CEO of Matchroom Boxing

“Srisaket Sor Rungvisai is more powerful than Amnat Ruenroeng. However, Amnat Ruenroeng is a very smart boxer. His boxing skills are hardly found in any other Thai boxers. He is not someone Rungvisai could just walk over. I assure the boxing fans they can anticipate an entertaining fight between the two” said Bank Thainchai Pisitwuttinan, Promoter of WP Boxing series.

“Srisaket Sor Rungvisai has been in camp and preparing to be back in the ring for a long time. This is a great opportunity for him to prepare himself physically and mentally before going back to the US for a big fight later this year” said Surachart Pisitwuttinan, Chairman of Nakornloung Promotions (NKL)