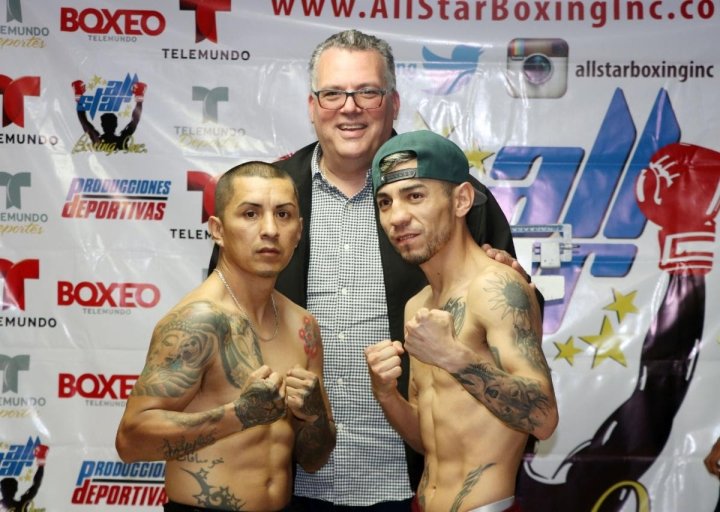 Flyweight Armando Torres continues to breathe life into a career that looked practically done a few years ago.

Torres won a hard-fought 10-round unanimous decision over former world title challenger Juan Alejo Friday night at the Auditorio Blackberry in his hometown of Mexico City.

The 39-year-old, who has faced several world titleholders and contenders in a career that began in October 1998, notched his most impressive win to date on October 11, knocking out former world titleholder Ganigan Lopez in the opening round.

From the opening bell, Alejo was the aggressor, connecting with several lead or counter right hands. That success was short-lived as Torres closed the distance and began landing the more effective punches inside.

After both fighters had their moments at the end of Round 3, Torres became the dominant fighter. He connected with combinations, and any offense Alejo attempted was nullified by busier and more accurate work.

Towards the end of Round 8 a nasty cut opened alongside the right side of Torres’ head, but he fought through it.

“We trained really well for this fight,” said Torres after the fight. “We were in good shape. He took a lot of my punches, but I was ready to fight 10 rounds. I was prepared to counter him, but we trained for every type of plan he brought to the ring tonight. Thank goodness we had our hand raised in victory. I am looking for a world title opportunity.”

“My motivation are my wife and my three kids. It’s because of them that I keep fighting.”

In junior bantamweight action between Mexico City residents, Joselyn Casilla defeated Ana Reyes (5-7) by unanimous decision over six rounds. Scores were 59-55, 59-55, and 58-57 for Casilla, who improves to 5-4-1.

Featherweight Miguel Angel Ramirez (6-0-1, 5 KOs) dropped late-sub Rogelio Perez (3-7) with a left hook to the head in en route to a third-round knockout victory. Perez was counted out at 1:06.

Franciso A. Salazar can be reached by email at [email protected] or on Twitter at @FSalazarBoxing