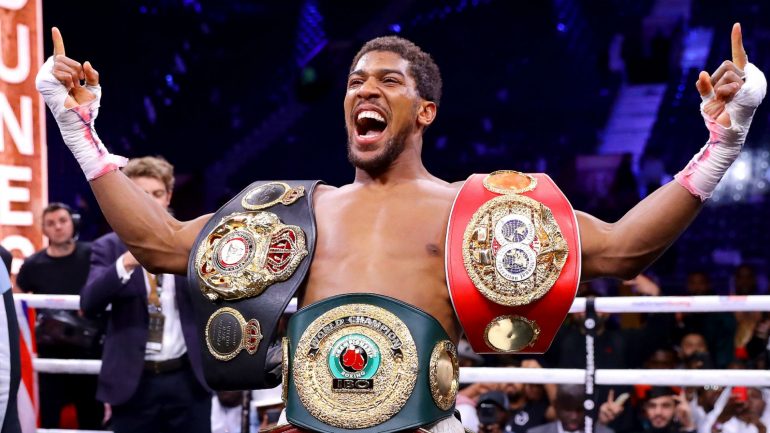 Anthony Joshua has officially confirmed that he will defend his three heavyweight title belts against mandatory challenger Kubrat Pulev at the newly opened Tottenham Hotspur stadium in London on June 20.

Anthony Joshua (@anthonyfjoshua) tweeted the news out at 10:11 am on Monday morning.

Joshua (23-1, 21 knockouts) lost his WBA/IBF and WBO titles to Andy Ruiz last June before breathing new life into his career by regaining the belts with a wide unanimous decision in their rematch last December in Diriyah, Saudi Arabia.

Pulev (28-1, 14 KOs) became the IBF mandatory when he outboxed Hughie Fury in October 2018. The Bulgarian is on an eight fight winning streak after losing for the only time as a professional to Wladimir Klitschko in his lone world title effort in November 2014.

The two had been scheduled to meet in October 2017. However, Pulev injured his shoulder and Joshua instead faced Carlos Takam. Joshua stopped Takam in 10 rounds.