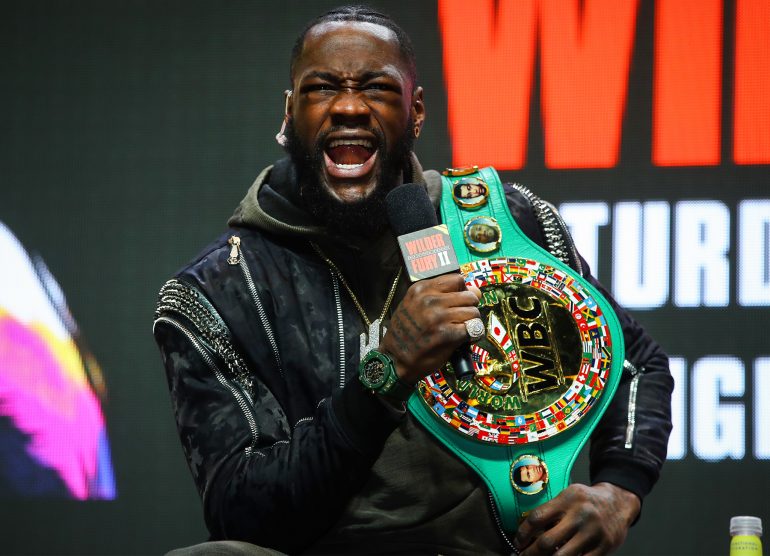 No heavyweight in the world would have beaten Tyson Fury on Saturday night at the MGM Grand Garden Arena. Not even Deontay Wilder at his best. The problem everyone noticed was that Wilder, the former WBC titlist who was making his 11th title defense, was not even close to his best—and all of the fault may lie with Wilder himself.

Even before he put on his 45-pound suit of armor for his ring walk, which he says tired his legs, Wilder may have had his legs, shoulders, arms and head tired for a variety of other reasons before getting stopped at 1:39 of the seventh round, when Wilder’s trainer, Mark Breland, the 1984 U.S. Olympic welterweight gold medalist, wisely threw in the towel to end it.

Multiple sources in and around Wilder’s team revealed that “The Bronze Bomber” didn’t listen to Breland’s instructions to stay with the jab, and circle left, and Wilder did not help himself by allowing his fiancée, Telli Swift, to stay with him in their hotel suite during the week leading up to the fight, compounded by a heavy pad work session the night before the fight back in the studio section of the MGM Grand Garden Arena.

Wilder claimed he had no legs Saturday night.

In truth, he may have knocked his own legs out from underneath him.

Three sources close to Wilder said the same exact thing: “Deontay just doesn’t listen to what he’s told; he does what he wants to do.”

Numerous trainers said the same exact thing when they were told about the fiancée and the pad routine the night before the fight: “No wonder he had no legs.”

In the first fight, Wilder moved far better, and used his jab more often. Wilder landed 25 jabs through the initial seven rounds of the first encounter, according to CompuBox stats, and threw his jab 159 times—18 more times than his total punch output (141) in the rematch. Wilder landed 36 total punches and threw 249 punches through the first seven rounds—which is over 100 more than he threw Saturday night.

“Deontay knows he’s better, far, far better than what he looked like (against Fury in the rematch),” one source stated. “But he really can’t look at anyone but himself for what happened. Mark Breland knows boxing and cares about Deontay. I just hope Deontay sees that.”

No heavyweight in the world was going to beat Tyson Fury last Saturday night. Joe Frazier, Muhammad Ali and Jack Dempsey could have come back from the dead in their prime and the prime Fury would have given them problems. So what happens when a less-than-100-percent Deontay Wilder shows up?

The world saw it Saturday night.