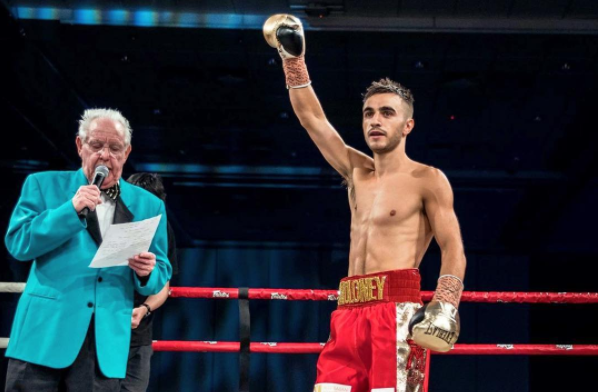 It was officially announced by Top Rank today that the co-feature to the Naoya Inoue-Johnriel Casimero bantamweight unification bout on April 25 will be another 118-pound contest between world-rated Jason Moloney and Joshua Greer.

“It has been a dream of mine for many years to fight in Vegas,” Moloney (20-1, 17 knockouts) told The Ring. “And now my opportunity is here, I couldn’t be happier. This is a huge opportunity for me and a pivotal moment in my career. I plan on making a big statement in this fight and I can’t wait to show the world what I am capable of.

“In regards to Greer, I’ve had my eye on him for a while now. I’m a humble guy who respects everyone who steps into the ring but I don’t like the way he goes about his business. He has created all this hype, coming out with a pillow and knocking over journeyman, but now he’s fighting a world class fighter. There’s only one person going night-night on April 25 and that isn’t me.”

Moloney knows victory is imperative and would put him on the cusp of another world title fight. In October 2018, Moloney ran then-IBF titleholder Emmanuel Rodriguez close before dropping a razor-thin split decision.

“It’s huge,” said the 29-year-old boxer-puncher. “I’m very aware of the size of this occasion and how important winning this fight is for my career. I’m training very hard and I will do whatever it takes to win this fight. This is my year to become world champion and nothing is going to stop me.”

Tony Tolj, who manages Jason and twin brother Andrew, as well as several other fighters, is very happy that this fight has been made.

“It’s a massive opportunity on a huge platform for Jason,” said Tolj. “Big thanks to Top Rank, Bob Arum, Carl Moretti and Harrison Whitman for getting this fight for Jason Moloney on his Top Rank U.S. debut.

“Big respect to Josh and his team for agreeing and making the fight so quickly. Come April 25, we will have the whole of Australia behind us and put Jason one step closer to becoming world champion.”