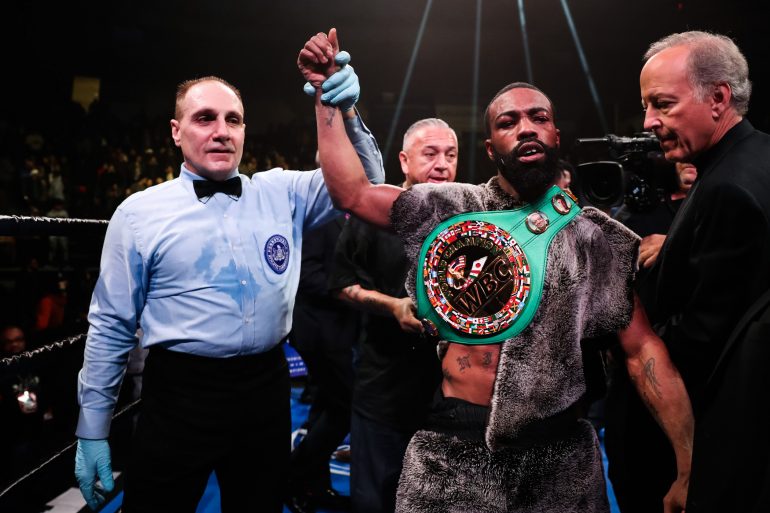 They seemed to woosh through one ear and out the other, because Russell was a technician in dominating Nyambayar in defending the WBC world featherweight title for the fifth time with a unanimous decision Saturday night on Showtime from the PPL Center in Allentown, Pa.

“We put the work in every day in the gym,” Russell said. “I’m a perfectionist. We knew we had a very tough opponent and I knew he was going to bring his physical best. He had everything to gain and nothing to lose. We just focused and showed I’m one of the longest reigning champions for a reason.

“The difference was ring generalship, hand speed and boxing IQ. He only had 11 pro fights, of course he was an Olympic silver medalist, but he only had those 11 pro fights. I’ve had over 30 and I think my experience was enough to overcome and win this fight.

“We never take a day off. I’ll probably be back in the gym next week. We’ll keep our wheels turning and stay sharp.

“If we have to move up in weight for these top fighters to feel like they have an advantage and take the fight, then we’ll do it.”

Each time Russell appeared there to be hit, Nyambayar came swooping in and hit nothing but air.

Nyambayar may have won the fifth and 10th rounds, when Russell slowed down enough for King Tug to land an occasional body shot or uppercut.

The southpaw’s handspeed was too much for Nyambayar (11-1, 9 KOs). Russell fought well going backward, using a left lead and a good, steady jab that was in Nyambayar face for most of the fight. 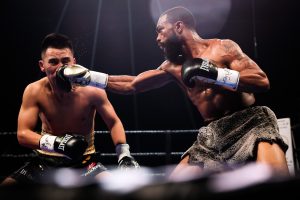 “It wasn’t my night,” Nyambayar admitted. “He was the better man tonight. I didn’t do my work the way I was supposed to. He is a great champion who fought a great fight.

“I made a mistake by waiting for him during the fight. I’d love the rematch if I can get it.

“I want to thank the Mongolian fans for coming out tonight and I’m grateful to everyone in Mongolia.”