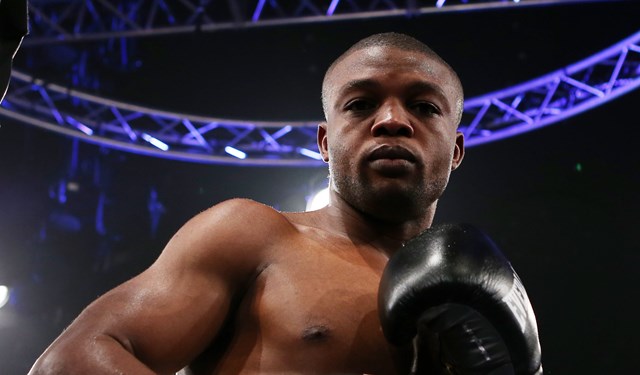 It was second time lucky for Ilunga “Junior” Makabu who picked up the vacant WBC cruiserweight title by scoring a 12-round unanimous decision over Michal Cieslak in front of his adoring home support in Kinshasa, DR Congo. However, he was made to work hard by the Polish contender.

The fight got off to a tentative start in the first round with Cieslak cautiously approaching a laid back Makabu behind a pawing jab. But towards the end of the session, Cieslak landed a right to the body that drew a reply of some hard southpaw lefts from Makabu. In the second, Cieslak stepped on the gas after landing a left hook. Moving side to side, he found a home for his right hook to the body, which he also land to the head on occasion. The visitor continued to box well in the third round which saw some good exchanges.

In the fourth round Cieslak was boxing well on the fly, his movement clearly troubling the African who started pushing harder, walking through everything coming his way. Makabu started landing combinations to the body in the brief moments that he got close enough, sparking chants of “bomaye, bomaye!” from the crowd. That seemed to light a fire under Makabu, who suddenly turned Cieslak sideways with a left to the body. He quickly capitalized with two of his trademark looping lefts from the southpaw stance, which deposited the Pole on his back and brought the crowd to their feet. Cieslak got up on wobbly legs and Makabu poured it on, but somehow he could not find the shot to put Cieslak away, the bell coming as a welcome relief for the Polish fighter.

Cieslak responded well in the fifth, finding a home for his straight right through Makabu’s gloves who had to be content with banging his opponent’s midriff whenever he could close the gap. It was during one of those moments that Cieslak, with his back to the ropes, uncorked a left uppercut followed by a looping left to the top of Makabu’s head. The combination sent the home fighter stumbling backward and referee Michael Griffin correctly ruled a knockdown when his glove touched the canvas.

The volume and smooth boxing from Cieslak continued in the sixth, but whenever Makabu did manage to drive him to the ropes and unload, the Pole appeared uncomfortable. Makabu stunned Cieslak with a right hook-straight left combo in the seventh, drove him back to the ropes with a double jab and poured on the pressure towards the end of the round. From then on, the momentum started shifting Makabu’s way, who was clearly the harder puncher. Cieslak fought back, but he had the look of someone swimming against the tide. By the ninth the zip seemed to be gone from Cieslak. He was, however, gritty enough to hang in there with Makabu, who started to land his straight left with regularity.

Still, there was no quit in Cieslak, who kept Makabu honest by landing a head-swivelling uppercut in the 10th. Makabu simply took it and kept coming, smashing his opponent into the ropes with his straight left.

The crowd was on their feet, singing Makabu home during the championship rounds and he responded by landing a big right uppercut followed by a left hand in the 11th. Although Cieslak rallied whenever it looked like Makabu might force a stoppage, the local man kept the pressure on, landing another head snapping uppercut in the dying moments of the fight.

Judges Omar Minton, Carlos Flores and Humberto Olivares all scored the fight for Makabu, who becomes only the second fighter from the Democratic Republic of the Congo (former Ring Magazine champion and WBA middleweight titleholder Sumbu Kalambay was the first) to win a world title. His record improves to 27-2 (24 knockouts).

Cieslak, who drops to 19-1 (13 KOs), showed tremendous heart and will, as well as solid boxing skills and he could still be a player in the cruiserweight division.

As for Makabu, who was stopped in three rounds by Tony Bellew in a 2016 world title bout, he once again showed us what we always knew about him. He is a hard punching, steady pressure-fighter and he’s hittable. How long his title reign will last is an open question but whatever happens, it won’t be boring. For now, he can just enjoy hanging that green belt in his trophy case.