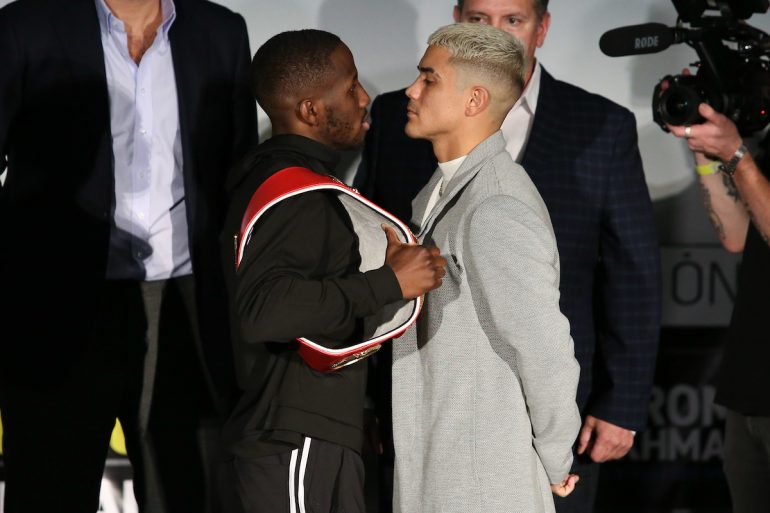 Joseph Diaz believes his second shot at a major title belt will be the charm as he prepares to challenge Tevin Farmer for the IBF junior lightweight world title on Thursday night.

The fight will be part of DAZN’s special Super Bowl week card at the Meridian at Island Gardens in Miami, headlined by the Demetrius Andrade-Lucas Keeler WBO middleweight title bout.

Diaz, who is rated No. 4 by the The Ring at junior lightweight, had two previous opportunities to capture a world title at 126 pounds but was unable to win for different reasons. The first chance was against Gary Russell Jr. in May of 2018 when Diaz suffered his first professional defeat via unanimous decision. Diaz blamed himself for not being busy enough to counter Russell’s speed and timing.

Diaz then had another opportunity in his next fight against Jesus Rojas but came in overweight and was unable to win the WBA “regular” title despite earning a decision victory. Diaz made the move north to 130, and after getting past Jesus Cuadro in his most recent fight in Mexico last year, is now at the doorstep of another shot.

“This opportunity I have now will prove to all the doubters that I am a world champion and a bad ass fighter,” Diaz told The Ring. “I have been busting my ass in camp. The sparring was right, my conditioning is right. My mental toughness is right. I am going to beat Tevin Farmer’s ass.”

While Diaz (30-1, 15 knockouts) is only 27 years old he feels it will be difficult to rebound if he does not emerge victorious on Thursday. He is unsure how far the setback would be.

“I have just been through so much both in boxing and in my life,” Diaz admits. “I have had to battle demons and depression and to be at this point where I can win a world title is huge but I need to win it right now. When I win it will show everyone that you can make it back from anything. That is why I am so motivated to make it happen this time.”

Diaz and his team had been trying to lure Farmer into a fight for a while, but when the two crossed paths at press conferences in Las Vegas and Los Angeles last year tempers flared as the loquacious southpaws went nose to nose, jawing at one another before being separated. 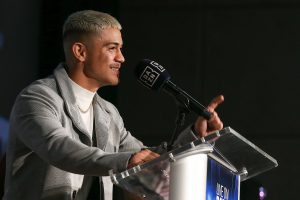 “My strategy worked great to get him to agree to this fight,” Diaz says. “We put so much pressure on him that fans kept telling him he has to fight me. He was talking a lot, I was talking a lot and he had no choice. If I didn’t do that he would have continued to avoid me. Now I will apply real pressure inside the ring too.”

Although Diaz and Farmer exchanged harsh words over social media, Diaz maintains he has a great deal of respect for Farmer and his journey.

“How can you not respect the man,” Diaz says. “He was shot in the hand, has four losses, won a world title and he keeps improving from fight to fight. But I am improving too and I am hungry to do this for myself and my parents who went on this journey with me.”

The fight is personal for Diaz because of the inner battles Diaz has waged and overcome since turning pro, when he was considered one of the top prospects in the sport.

“I need to realize my dream on Thursday and Tevin Farmer is in the way of that,” Diaz said. “Yes this is personal but I don’t care about him, After the fight we can be friends or not. For now I am visualizing beating his ass and hurting him bad.”

Diaz is right about Farmer improving. In his last four bouts Famer has been virtually unhittable while easily outpointing, or, in the case of James Tennyson, stopping his opponents.

“Those guys tried to pressure him but you can’t do that by just throwing punches at him,” Diaz says. “I will apply pressure, but smart pressure. I am also a slick fighter, I have defensive skills too but I will hurt and dominate. I am coming to win every round against him. He is the champion so I need to take it from him, and I will.”

“What a lesson that was, and my loss to Russell, too,” Diaz said. I just learned so much and learned how to channel my energy. You will see it on Thursday along with the rest of the world.”

Sportsbooks have installed Farmer as a slight favorite over Diaz, which is perfectly fine for the California native who will look to capitalize.

“I don’t agree that I should be the underdog, but you know what? That’s okay because I will bet on myself and make money,” Diaz said. “I am betting $20,000 on myself. This is going to be like robbing the bank.”