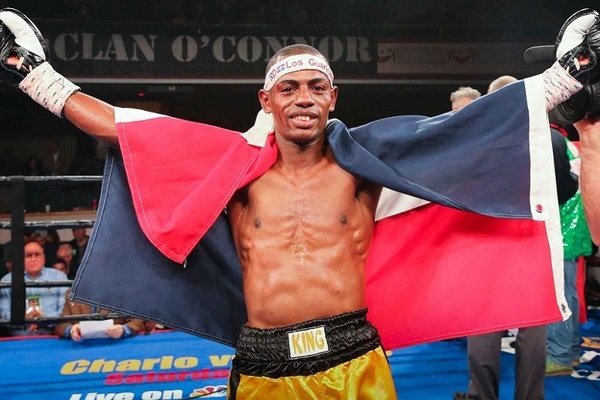 The big punching Guzman (24-1, 23 knockouts) was glad to finally return to action after an extended hiatus from the ring.

“I felt like it was a tough opponent for me to take after a 14-month layoff,” Guzman told The Ring through his manager Felipe Gomez. “I was desperate to get back in the ring, so I didn’t care who my team put in front of me. I was training hard so, when the opportunity presented itself, I would be ready to fight. I also had a lot of confidence in myself that I was going to stop [Montoya] in the fight.

“After 2016, I started having promotional issues. I thank my manager Felipe Gomez for being able to resolve them for me. Then my manager contacted Top Rank and negotiated a deal for me, which I am also very grateful to Top Rank for believing in me and giving me this second opportunity in life.”

Guzman continued, “After my first fight with Top Rank in November 2018, my visa expired around January of 2019. So I went back to the Dominican Republic until my visa was renewed. Unfortunately the process took longer than the normal.”

After shedding some ring rust, the 30-year-old Dominican is focused on winning a second world title.

“At this moment I have no one in mind that I am targeting,” he said. “A lot of the big names have moved up in weight. So all I have to say to all the 122-pounders: Get ready because I am training hard and here to stay with no interruption to fight any top fighter in the world. I have a goal in mind, which is winning a second world title and bringing it back to my people in the Dominican Republic.

Gomez believes he just needs to keep Guzman active for him to regain a world title.

“My plans is to keep Jonathan in the gym, focused and active in the ring again,” said Gomez. “I will be working closely with Top Rank and hopefully helping them get Jonathan back to that world title fight.

“Jonathan is a very rugged, hard-hitting fighter and I am sure he will become champion again.”

That is what Top Rank’s Vice President of Operations Carl Moretti will try to facilitate this year.

“He finally came back from a year’s absence,” said Moretti. “Once again he was in an exciting fight where he got up from being knocked down, applied the pressure and took his opponent out. Not sure yet what the next big fight will be but hopefully a bigger name match-up.”