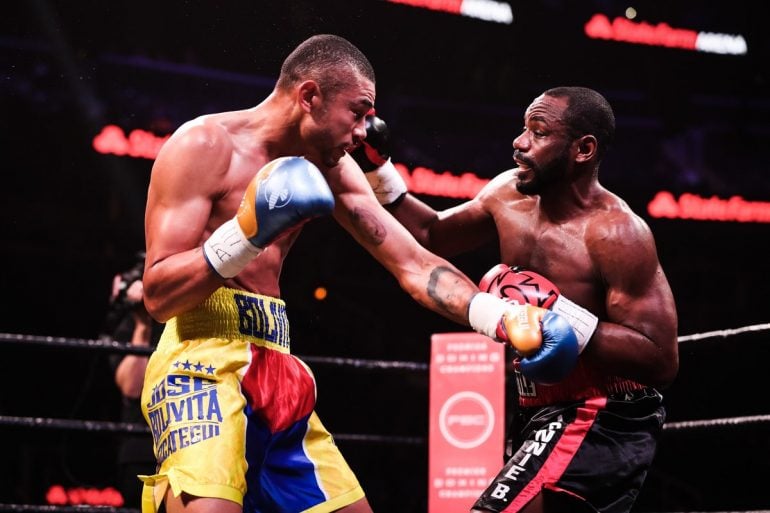 The fight opened up a tripleheader that was broadcast live on Showtime Championship Boxing. 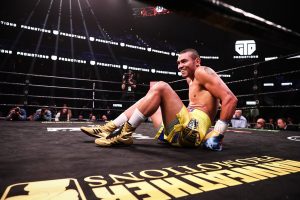 Uzcátegui, a native of Venezuela who now lives and trains out of Tijuana, Mexico, stalked forward from the opening bell. Thompson stayed on the back foot and looked to set traps, which is precisely what he did in the closing seconds of the first round, dropping Uzcátegui with a beautiful counter. The next few rounds were close, competitive, and sloppy at times. Referee George Chip took a point from Thompson for holding in the fourth.

Thompson’s face showed some swelling by the middle rounds, a result of Uzcátegui’s pressure. However, the Buffalo, New York native who now trains out of Las Vegas was landing enough counter shots to keep him honest. There were several swing rounds in the bout that could have gone either way, but Thompson controlled much of the bout with his jab. He landed 80 of 251 jabs (32%), compared to just 21 of 164 (13%) for Uzcategui. Although the Venezuelan native did have the slight edge in power connects.

After 10 competitive rounds that lacked sustained action, the judges scored it 95-94 and 96-92 twice for Thompson, who improves to 22-5 (12 KOs). Uzcátegui falls to 29-4 (24 KOs), losing twice in 2019. Thompson, who has fought most of his career at light heavyweight before moving down to super middleweight for Uzcátegui, said he felt comfortable.

“I was a little worried for my first fight (at 168 pounds) but I felt great,” he said. “I still had the power at this weight and I hurt him a few times. This is my weight class now and I think I have a real chance at becoming super middleweight champion and putting my city on the map as the first world champion from Buffalo.”

And Dominican Republic native Jackson Martinez improved to 19-0 (7 KOs) with a second-round TKO over Yardley Armenta Cruz in a lightweight bout.