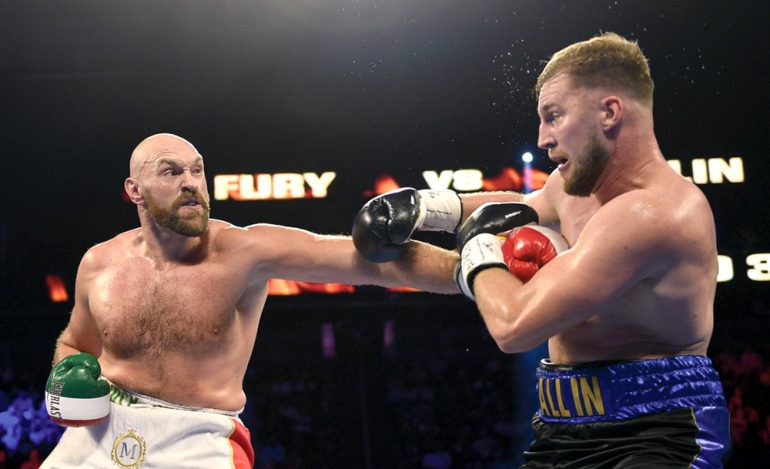 No, right back into a third fight against two-time IBF/WBA/WBO heavyweight titlist Anthony Joshua isn’t the best plan for Andy Ruiz Jr., the Californian whose post-June-swoon, negatively culminating in a flabby effort against “AJ” in Saudi Arabia, leaves him needing some repair work.

Ruiz, age 30, lobbied for a third battle, a tie-breaker, in the ring and at the post-fight presser and did so with the hard-headed relentlessness of Don King, banging his shoe on the table to get his guy another crack at a crown. Then he returned to America and continued to insist that he actually did pretty well, despite being more than 20 pounds heavier than for his first crack at the Brit. Next time, he swore he’d be in good shape.

Ruiz may not have known it yesterday but, at some point, harsh reality will likely creep into his head and he’ll know he’s got some redeeming to do. And no, he’s not going to skip right back to the head of the line and face AJ again. This is boxing. It’s almost a certainty that he will fight Joshua again – the redemption storyline is a potent one – but not in the very near future. Ruiz will want to scrap again and in the first quarter of the New Year because the more time he spends out of the ring, near pals and the allure of chow and brews, the less likely he’ll feel like getting back into warrior mode.

Here’s an idea: Ruiz can glove up against a solid heavyweight, someone not at that A-tier but respectable enough. Otto Wallin, the Swedish boxer who gave quite a competent showing against Tyson Fury in August, is about ready to secure a scrap. I reached out to his promoter Dmitriy Salita and put it to him…How about matching the 29-year-old Wallin against Ruiz, in the first quarter?

“I think it’s a great match-up between Otto, a relatively new name in the division, somewhat like Ruiz,” Salita said. “Otto came very close; some felt he won versus Tyson Fury. Ruiz coming off a competitive loss, lessons learned for both from the experiences and the winner will show that he is among the elite.”

OK, what does Otto think? I asked him too…And did you watch the AJ-Ruiz rematch? Thoughts on Andy’s condition and his effort or lack thereof?

“I want to fight the titleholders and if me fighting Andy Ruiz will make that happen, then I’ll fight him,” the 20-1 (with 13 knockouts) Swede told me. “I like and respect Andy. He seems like a cool guy outside the ring.

“I was rooting for him in the rematch against Joshua and thought he could pull it off again but Joshua was in great shape and did everything right in the fight. Joshua deserved the win.

“I don’t understand how Andy could come in out of shape but I’m not walking in his shoes and don’t know what’s been going on for him. I felt he could’ve won if he would’ve come in sharp.”

Readers, talk to me. This one makes sense, if it can get made. Your thoughts?