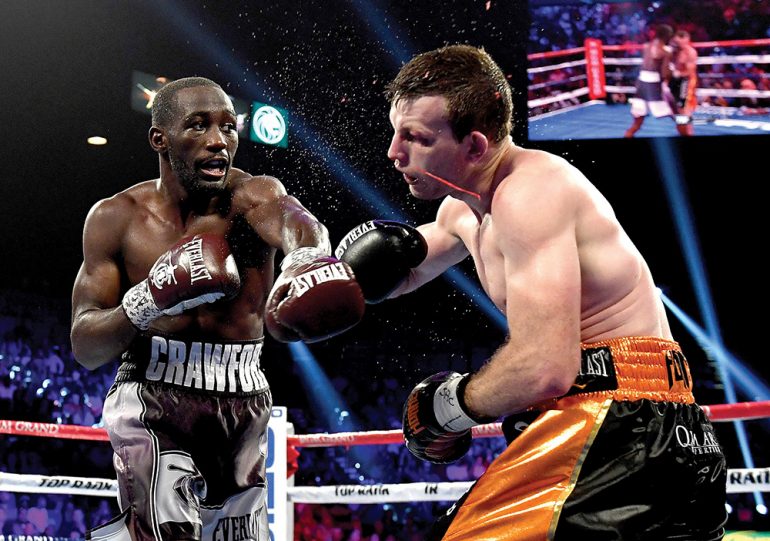 If it’s not broke, why fix it?

Terence Crawford has put forth an impressive run as a prizefighter, winning world title belts in three different weight classes. And just as he unified all belts at 140 pounds, he hopes to do the same in a talent-rich welterweight division.

That might be easier said than done, however, as boxing politics and network alliance – among other things – threaten to derail what is arguably the most eagerly anticipated fight in world boxing.

In the meantime, Crawford, who is rated No. 2 by The Ring at 147 pounds, will continue to go about his business. On Saturday, he defends his WBO title against mandatory challenger Egidijus Kavaliauskas at Madison Square Garden.

The 12-round bout will headline a three-bout ESPN telecast (9 p.m. ET/ 6 p.m. PT) and will air after the Heisman Trophy presentation, which will begin an hour earlier.

Crawford (35-0, 26 knockouts) last fought on April 20 – also at MSG – when he dropped and stopped former unified 140-pound titleholder Amir Khan. It was his ninth stoppage win in his last 10 fights.

The 32-year-old Crawford has built a solid fanbase over the last couple of years, selling out The Garden and the main arena in Omaha, Nebraska. 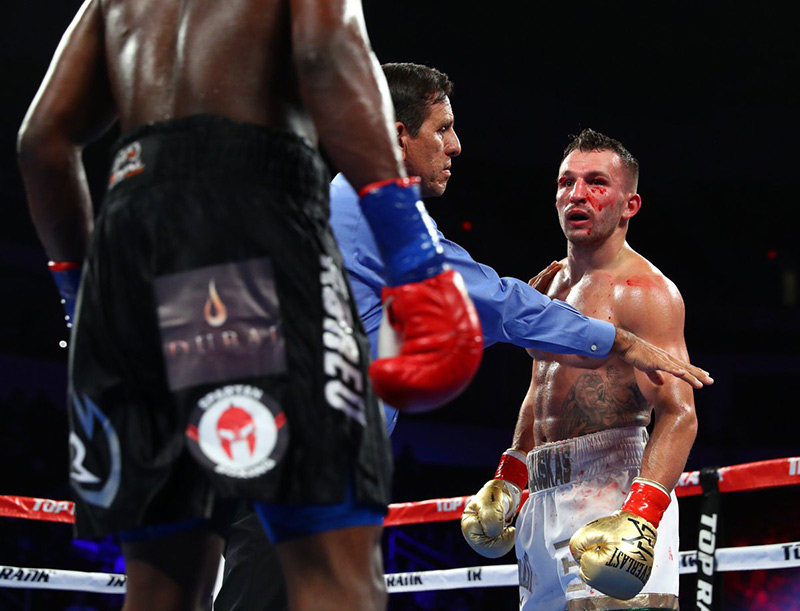 A sellout or something close to one is expected on Saturday when he faces Kavaliauskas (21-0-1, 17 KOs). The unbeaten 31-year-old is coming off a majority-decision draw against Ray Robinson in his last bout on Mar. 30. It will be a significant step-up in opposition for the fighter nicknamed ‘Mean Machine,’ but Crawford is not overlooking him.

“Everyone poses a threat,” said Crawford at Tuesday’s open workout. “(Kavaliauskas) is a good fighter. He is a two-time Olympian for a reason. He’s undefeated, strong and hungry.”

Kavaliauskas, who is managed by Egis Klimas, is ranked No. 9 by The Ring at welterweight.

The hope among boxing fans was that Crawford would face IBF/ WBC counterpart Errol Spence in a 2020 superfight. Those plans, for the time being at least, are gone as Spence was seriously injured in a car accident on Oct. 10. The unbeaten lefty spent five days in an intensive care unit at a Dallas-area hospital, not far from his hometown of DeSoto. A week after the accident, Spence was charged with driving while intoxicated.

As well as this incident, politics have also gotten in the way, as Spence and WBA titleholder Manny Pacquiao fight under the Premier Boxing Champions (PBC) banner.

Crawford states that Top Rank, his promoter, has done all they can to reach an agreement with those ‘across the street’ to finalize a fight but to no avail. And he also believes there are double standards in play.

Should Crawford win Saturday night, he will look ahead to bigger and better things. There are lucrative and intriguing fights available against the likes of Danny Garcia or Shawn Porter. It’s also possible that the likes of Josh Taylor and Regis Prograis, star attractions at 140 pounds, move up. The future is unclear, but Crawford will continue to do what has worked for him thus far.

“It’s a blessing because it motivates me and adds fuel to the fire,” said Crawford. “I like proving people wrong. That’s more joy for me.”

“(New York) is one of the big stages. Vegas is a big stage. I do my thing in the ring, and every time I fight, I send a message to all the welterweights out there.”