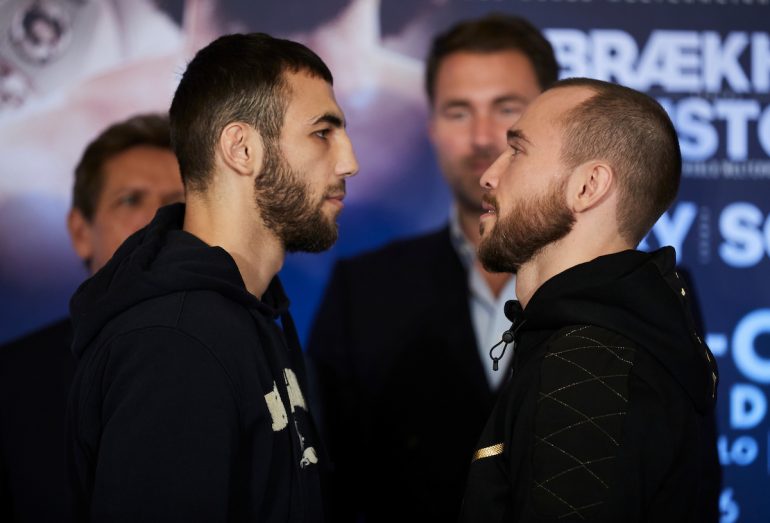 The rise of Radzhab Butaev through the welterweight ranks since turning pro in March of 2016 has been impressive, yet unassuming.

After toiling in near obscurity thus far as a pro, Butaev hopes to come out victorious in the biggest fight of his career this Saturday, as he faces Alexander Besputin in an all-Russia clash at the Casino de Monte Carlo Salle Medecin in Monte Carlo, Monaco.

The 12-round bout will follow the female clash between undisputed welterweight champion Cecilia Braekhus and Victoria Bustos. Both fights will stream live on DAZN (12 p.m. ET/ 9 a.m. PT).

At stake will be a WBA secondary welterweight world title. Pacquiao is the world titleholder, while Besputin and Butaev are ranked No. 1 and 2 by the sanctioning body, respectively.

Butaev, who now resides in Brooklyn, N.Y., last fought on May 3 in a stay-busy fight in Bethlehem, Pa., defeating veteran Silverio Ortiz of Mexico by unanimous decision. The victory snapped a streak of three consecutive knockouts over modest opposition.

The 25-year-old has fought on club shows and in preliminary action on major fight cards. Butaev did appear on a ‘ShoBox’ telecast in November of 2017, defeating Colombia’s Janer Gonzalez by unanimous decision over eight rounds in Cleveland, Ohio.

Saturday night will also mark Butaev’s first 12-round bout. He has only fought in one scheduled 10-round bout, stopping Azael Cosio in round three on Oct. 27 of last year in New York City.

Despite having only fought 12 pro fights, Butaev does have an extensive amateur career and fought six bouts in the World Series of Boxing in 2015. Promoter Lou DiBella, who has promoted Butaev since his pro debut, thinks highly of him.

“Butaev has tremendous skill,” DiBella told The Ring Wednesday night. “He was an A-level amateur and it’s no accident that he and Besputin will fight for a belt.”

Besputin now lives and trains in the boxing hotbed of Oxnard, California. The 28-year-old, who is promoted by Top Rank and managed by Egis Klimas, last fought on Apr. 12 in Los Angeles, defeating Alfredo Blanco of Argentina over 10 one-sided rounds. He does have victories over fringe fighters Juan Ruiz, Alan Sanchez, and Juan Carlos Abreu.

Like Butaev, Besputin was a stellar amateur fighter before turning pro. DiBella believes fight fans will be entertained as both styles compliment one another, but believes Butaev will be victorious.

“Both have stellar pedigree and both will be the best fighter the other has faced as a pro. My money is on Radzhab in this battle of Russian boxing talent.”

Butaev is managed by Vadim Kornilov.