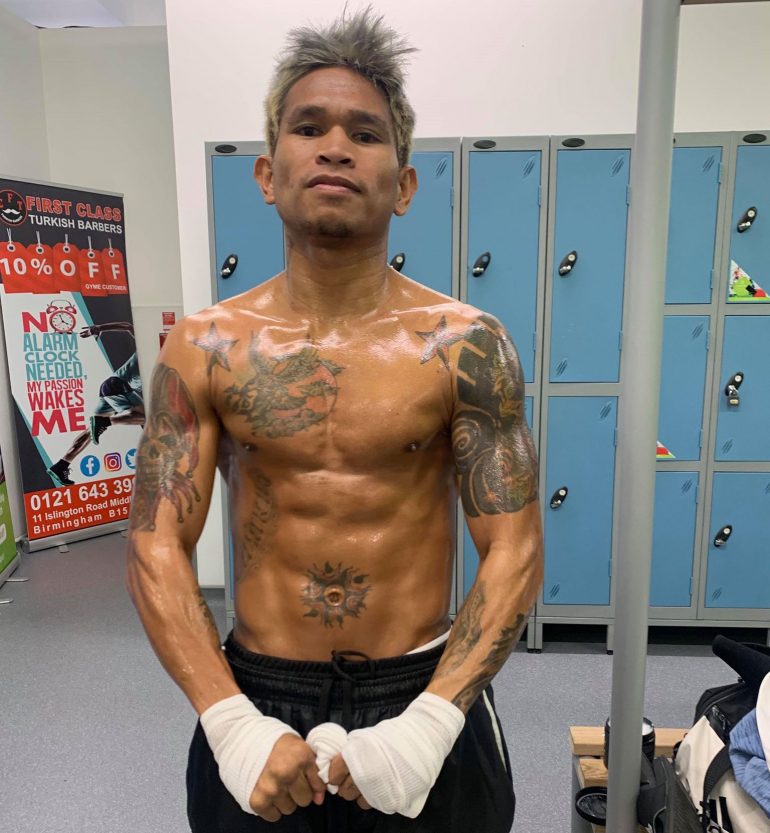 John Riel Casimero has been one of the Philippines’ best fighters for a decade. Still, even after winning world titles in two weight classes, and the interim WBO bantamweight title he currently holds, he has yet to achieve the level of recognition that some of his contemporaries have.

Some of it has to do with Casimero’s status as a road warrior, winning most of his big fights in lands far away. His career also hasn’t been one made for TV, with little exposure through tune-up fights that establish his presence with an audience. Whatever the reason, Casimero embraces his role as an under-appreciated talent.

“I’m still on the lower part of the rankings of Philippines’ best fighters. That’s why I’m working hard to give the best fights, especially this upcoming fight,” said Casimero (28-4, 19 knockouts), through interpreter and assistant trainer Ting Ariosa. “I don’t consider it a disadvantage; it’s a motivation for me, being not so popular.”

That upcoming fight, this Saturday against WBO bantamweight titleholder Zolani Tete at the Arena Birmingham in England, could earn him a world title in a third division, a milestone achieved by compatriots Manny Pacquiao, Nonito Donaire Jr. and Donnie Nietes. That, says matchmaker Sean Gibbons of MP Promotions, will bring the 30-year-old from Ormoc, Leyte the recognition that has long eluded him.

“What happened to Casimero was, he didn’t get the respect and notoriety because a lot of his wins were never shown in the Philippines. He’s had some tremendous highs that he should have taken off at a few points but there was never that real signature [win], after he beat [Cesar] Canchilla, or after he beat Charlie Edwards,” said Gibbons.

There were also lows, like the surprise defeat to Jonas Sultan in 2017, or the foul-filled loss to Amnat Ruenroeng in 2015, which Casimero avenged in the rematch.

“Everything’s in the past, November 30 is the new beginning, and John Riel is gonna be right below Manny Pacquiao on the status of the second best fighter in the Philippines at this time.”

The fight will be shown in the United States on ESPN+, beginning at 2 p.m., but it won’t be shown on any of the TV stations in the Philippines.

Against Tete, Casimero will have to deal with one of the most unique puzzles at 118 pounds. Tete (28-3, 21 KOs) of Mdasntsane, South Africa is a 5’9” southpaw – five inches taller than Casimero – with a long reach that Casimero will have to find a way inside of. Tete is also a two-time world titleholder, having previously held the IBF junior bantamweight title before moving up in weight to win the bantamweight title two years ago. Tete had been in the recently concluded World Boxing Super Series, but withdrew just before his showdown with Donaire with a right shoulder injury.

The 31-year-old Tete hasn’t fought in over a year, when he decisioned Mikhail Aloyan over twelve rounds in October of 2018.

Gibbons knows much about Tete, having matched the fights when he lost decisions in 2011 against Roberto Sosa and in 2012 against Juan Alberto Rosas, when Gibbons said Tete “was left laying on the floor almost dead in the dressing room…we had to take him to the hospital.” He also matched Tete against Juan Carlos Sanchez Jr. in 2013, when Sanchez led by eight points on one card (the other two had Tete leading and tied) before rallying to knock out Sanchez in the tenth. In those instances, pressure was the key to success, Gibbons says.

“Put it this way: Zolani Tete’s style for anybody is horrible. I know Tete very well. Tete doesn’t have a big heart, only thing he has is the long jab,” says Gibbons.

The task for coming up with the plan to negate that long jab falls to head trainer Nonoy Neri, the long-time Pacquiao assistant who is based in Davao City, Philippines. He says it’s “not a big problem…Casimero can handle that.”

“I know he will win this to prove that he is a real champion and a warrior.”

For conditioning, Casimero worked for seven weeks with Angel “Memo” Heredia, the former performance enhancing drugs distributor turned conditioning coach, at his Las Vegas base. Casimero began working with Heredia after Pacquiao, who now promotes Casimero, noted in his previous fight against Cesar Ramirez in August that he needed to improve his stamina. Casimero says the work has helped him become “stronger…faster…better,” and Gibbons notes that Casimero weighed in at 119.5 pounds on Tuesday, at a point in fight week when he’s often 125 pounds or more.

“If Tete doesn’t keep on running away, if he trades punches with me, the fight will be cut short. I will win by knockout,” said Casimero, who won the interim title with a knockout of no. 1 contender Ricardo Espinoza Franco in April.

It’s a belief shared by Gibbons, who has been through many of the turbulent times with Casimero, including the 2012 riot in Argentina after Casimero stopped hometown favorite Luis Lazarte. Casimero hid under the ring to avoid the angry mob, while Gibbons suffered a broken rib.

“I’m watching him right now, he’s got that ‘can’t be denied’ look,” said Gibbons, as the sound of Casimero’s punches echoed into the phone. “This is the moment, all the heartache, all the ups and downs…none of that matters. Only one place matters, and that’s Birmingham, England.”

Tete has spoken about wanting a unification bout with Naoya Inoue if he gets past Casimero; Casimero and team want that fight as well.

“Inoue showed a big vulnerability [against Donaire],” said Gibbons. “I always knew that Inoue’s defense sucked. But unfortunately he was always able to make up for his defensive deficiencies with his offense. I think a guy like Casimero is more suited to beat an Inoue than Tete, that’s why we’re gonna knock Tete out. I really believe that Casimero has the type of skills to match Inoue.”

“It’s a good fight next after I beat Tete,” said Casimero. “But first I want to win this coming fight on Saturday before I many any further comments about Inoue.”