Luis Ortiz comes in at a career-low 236.5 for the Deontay Wilder rematch 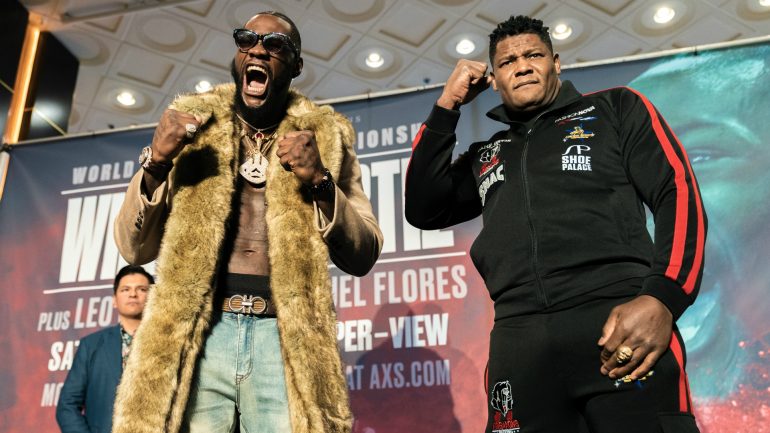 LAS VEGAS—It was as if someone stuck a pin in Luis Ortiz and deflated him. The 40-year-old Cuban expatriate looked like the smaller, younger brother who once fought Deontay Wilder back on March 3, 2018, than the “King Kong” who will be fighting “The Bronze Bomber” in the rematch Saturday night on FOX PPV (9PM ET/6PM PT) from the MGM Grand Garden Arena, in Las Vegas.

Wilder, however, came in at 219½, almost five pounds over the 214¾ he weighed during their first encounter. Physically, Wilder (41-0-1, 40 knockouts) didn’t look that much different.

Physically, Ortiz (31-1, 26 KOs) looked like a changed man from the 241¼-pound version of himself in the first fight.

Wilder, 34, of Tuscaloosa, Alabama, will be making the 10th defense of the WBC title he won after he beat Bermane Stiverne in January 2015 in the very arena he’ll fight in Saturday night. Ortiz, who says he’s 40, had Wilder in some trouble the last time they fought in the seventh round, but the Bronze Bomber recovered in time to stop Ortiz at 2:05 of the 10th.