Brooklyn’s Khalid Twaiti wants to be ‘pure gold’ in his pro career, too 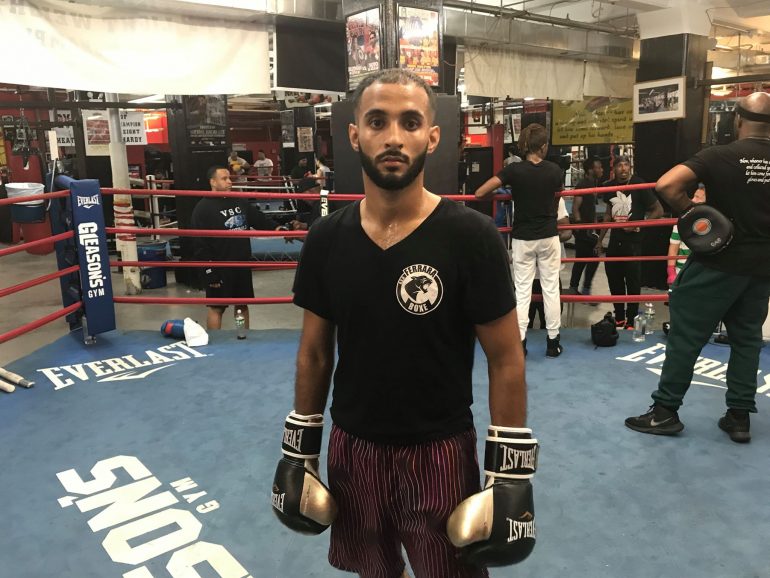 Khalid Twaiti is a popular prospect out of Brooklyn, but promoter Lou DiBella says he's more than just a ticket seller. Photo by Ryan Songalia
11
Oct
by Ryan Songalia

NEW YORK — At an age when most other kids were watching cartoons, Khalid Twaiti was watching boxing. His family were fans, and the fights were always on at the house every weekend. But as far as his son was concerned, his father didn’t want him anywhere near a boxing ring.

“He felt like boxing was too dangerous of a sport,” remembers Twaiti. His uncle, who was in the arena the night the most famous Yemeni boxer, Prince Naseem Hamed, lit up Madison Square Garden against Kevin Kelley in 1997, brought young Khalid to Gleason’s Gym at age nine, without his parents’ knowledge. He found inspiration by training alongside pros like Zab Judah and Paulie Malignaggi. By the time his dad found out, and went to see his son in action, he had made a believer out of him.

“I was a natural, I was sparring kids that had been there for a while. I was getting on them and when my dad started coming to the gym, he saw that I was very passionate about it so he just kept on supporting me,” remembers Twaiti (5-0, 3 knockouts).

Now Twaiti’s support has grown well beyond his immediate family. The 23-year-old from the Gowanus section of Brooklyn has developed a big local following, and will have plenty of fans on hand for his next fight on Oct. 24 when he faces Julio Garcia (3-2, 2 KOs) of Madison, Wisconsin at St. Francis College’s Generoso Pope Athletic Complex in Brooklyn. The fight will be scheduled for six rounds on the Broadway Boxing undercard headlined by Mykquan Williams against Tre’Sean Wiggins.

“The Yemeni community shows a tremendous amount of love,” said the junior featherweight boxer Twaiti. “Just believe when I fight, all corner stores are closed for the night. But after that, free bacon, egg and cheese [sandwiches].”

Khalid Twaiti highlights from today’s workout at @GleasonsGym. The 23-year-old Yemeni American has a 5-0 (3KOs) record and fights Oct. 24 at St. Francis College in his home borough of Brooklyn. Twaiti is a former NY Golden Gloves champ who competed at 2016 Olympic trials pic.twitter.com/oRhT3j2FIc

Promoter Lou DiBella, who has handled most of his fights since he turned pro in 2017, says Twaiti is more than just a popular local attraction.

“He’s got a following, followings are a big thing in boxing. He’s not gonna be just a local fighter but a local contender. I think he’s got that kind of ability to compete at the highest level,” said DiBella.

Is he championship quality?

“Could be, I can’t say that yet,” said DiBella. “He’s certainly a skilled kid, he’s got quick hands, good movement, young, still a work in progress. But I wouldn’t say he’s just a ticket seller. He’s more than that.”

Twaiti had a decent amateur career, consisting of a reported 74-15 record, highlighted by winning the NY Golden Gloves at 114 pounds in 2013 – he took his “Pure Gold” nickname from a New York Daily News headline about one of his Gloves fights – plus Junior Olympics and Metros titles. He fell short in the 2016 Olympic trials, losing to the eventual U.S. representative Antonio Vargas, and withdrawing from the qualifying tournament due to a shoulder injury. Among those he shared a ring with in the amateurs were Chris Colbert, Edgar Berlanga and Christian Bermudez.

Head trainer Don Saxby shouts out instructions on the punch mitts in between Twaiti’s yaps, which he lets out with each punch, like a tennis player grunting between swings. Leon Taylor, an assistant who was Twaiti’s first trainer, keeps Twaiti on his toes as he hits the bag, jumping in to do pad work with the intensity of sparring. Before long, Taylor runs out of steam, and Twaiti returns to the bag.

“I’m like a second dad. I know him like a book, and believe it, he knows me like a book,” said Saxby, who anticipates Twaiti stepping up to eight rounders after his tenth fight. “Sometimes I don’t even have to give him instructions, I’ll just give him a look like, ‘Dude, really?’”

On Boxrec, Twaiti’s last fight was a third round stoppage of Jono Tonte on April 10 of this year at the Sony Hall in midtown Manhattan. Saxby says there was another fight, a second round stoppage of Ray Acosta on April 27 in the Dominican Republic which has yet to be added to his record.

Shawn Cameron, a former pro who had been around Twaiti in the gym since he was a young kid, said he spotted Twaiti’s potential early on. He says his dedication and maturity are what stood out about Twaiti.

“It seemed that he was always a fan so he copied moves that he’d see other pros do,” said Cameron.

“Always seemed a little more advanced than kids his age.”

Twaiti says his best trait as a fighter is being a “slick boxer”, and says most of his knockouts have been the product of his left hook, like the one that floored Joseph Cole in his third bout in May of 2018.

The first fight here at #BroadwayBoxing comes with debate as well as about 500 unanswered shots in the stoppage win for Brooklyn's own Khalid Twaiti! pic.twitter.com/LdswZovwy0

Twaiti finishes off Jeno Tonte in his previous fight

Though he’s pursuing his career in the ring, he did keep his promise to his parents to get his degree. For Twaiti’s father, who had followed his grandfather over from Yemen as a teenager, and left school early to work in the grocery business, it was important that his son get an education. He fulfilled that goal in the fall of 2017, earning a degree in business management and marketing.

“My parents are very strict on school so I had basically no option unless I just wanted to disappoint them,” said Twaiti. ”I felt like I could handle boxing and taking a few classes at the same time. It wasn’t like I was in medical school, it wasn’t that bad.”

A degree will come in hand once he’s done with fighting – or even during his career – but he makes it clear that he’s a fighter first.

“I never thought about doing anything with my life other than boxing,” said Twaiti. “It never crossed my mind to just become a police officer, a fire fighter, a doctor, any of those things. I’ve always known that I wanted to become a world champion, not just a boxer but a world champion.” 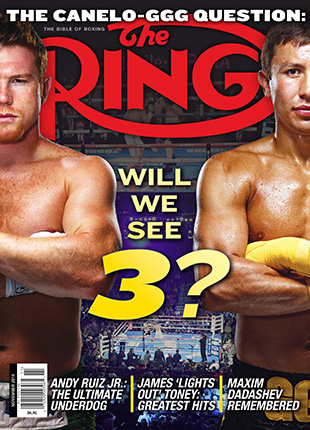