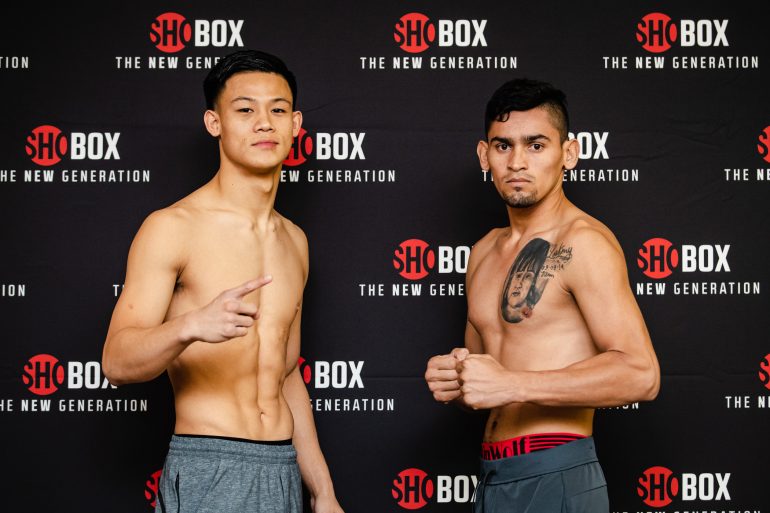 Brandun Lee has never turned down an opportunity to fight, even it meant fighting in half-empty ballrooms in the United States and across the border in Mexico.

The junior welterweight boxer’s investment in fighting abroad in recent months has paid off as he now gets the opportunity of a lifetime to showcase his skills.

Lee will face once-beaten Milton Arauz Friday night at the La Hacienda Event Center in Midland, Texas. The eight-round bout will open the three-bout ’ShoBox’ telecast (Showtime, 10:30 p.m. ET/ 7:30 p.m. PT), which will be headlined by the 10-round lightweight bout between Michael Dutchover, who resides in Midland, and Cleveland’s Thomas Mattice.

The unbeaten Lee fought just weeks ago, dropping veteran Francisco Medel twice before the fight was stopped at 31 seconds of the opening round. The win marked Lee’s sixth consecutive knockout victory in the opening round.

Lee’s level of opposition has been underwhelming (his opponents have a combined record of 52-225-18), but it is the activity in the ring that he believes has been a benefit to him over the last several weeks. The 20-year-old has even fought three times in Northern Mexico earlier this year.

His opponent Arauz (10-1-1, 5 KOs) will be making his United States debut after fighting all of his bouts in his native Nicaragua. In his last bout on Aug. 3, Arauz fought to a split-decision draw against former contender Winston Campos.

Arauz will be Lee’s first opponent he will face with a winning record. Despite the increase in the level of opposition in Arauz, Lee says he is up to the challenge.

“I know he lost by disqualification (to Angel Galo in May of 2017),” Lee told The Ring earlier this week. “As far as I’m concerned, he’s still undefeated. I want to display my skills, speed, power, and defense tonight. I have to be at myself because I know he’s going to be at his best to want to defeat me.”

Lee is one of a handful of fighters promoted by Cameron Dunkin, who has recently managed the likes Nonito Donaire, Timothy Bradley and others. Dunkin’s experience with dealing with networks and other promoters are the reasons Lee signed a promotional deal with Dunkin.

Despite fighting on cards in West Virginia, Texas, Iowa, and Kentucky to stay busy, Lee’s trust in Dunkin paid off as he was able to land a slot on Friday’s ’ShoBox’ telecast.

“Cameron has been excellent,” said Lee, who is trained by his father Bobby. “He has kept me busy and has built my confidence over the last several fights. Cameron has represented some of the best fighters in boxing. I’m thankful he’s in my corner.”

Lee, who is half-Korean and half-Mexican, has sparred the likes of Erick DeLeon and Joseph ‘Jo Jo’ Diaz. 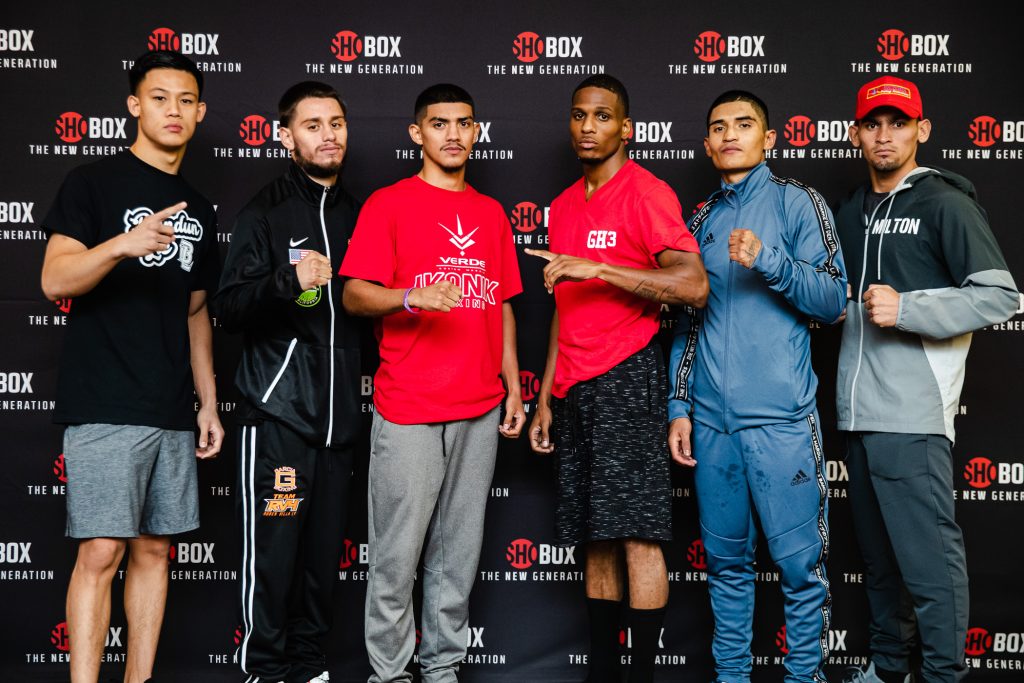 Should he defeat Arauz and not suffer any cuts, Lee wants to return to the ring in November. He believes he can fight for a regional title so he could get ranked by the end of next year.

Lee will turn 21 on Apr. 25, and despite his recent success, is not in a hurry to line up a world title fight.

“I want to continue building my man-strength. The most I’ve weighed is 143, 144 pounds for a fight, but I can make 140 pounds fairly easy. I feel strong and at my best so far.”

“I’m grateful for the opportunity for Friday. I began fighting since age six and I want to make the most of this. I just want to be at my best and perfect my craft. I want to make my name known and with an impressive performance (against Arauz), I’ll be headed in the right direction.”