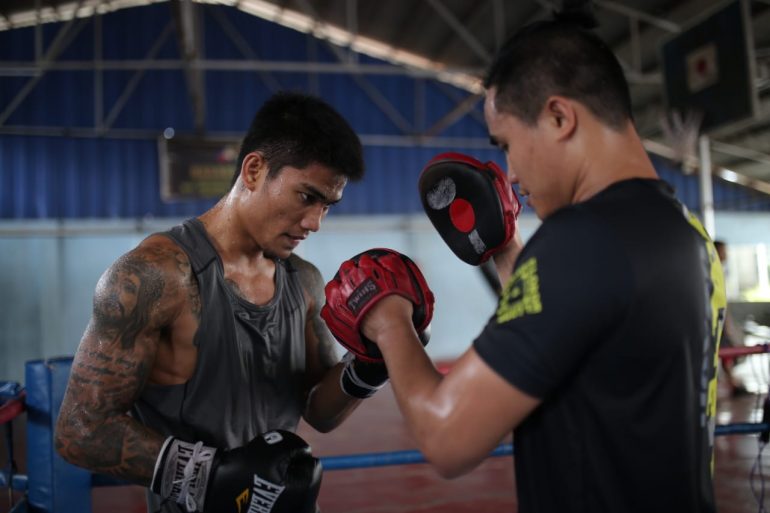 Magsayo (19-0, 14 knockouts) is looking forward to performing in front of his home fans for the first time in nearly two years.

“I want to give my hometown an exciting match,” Magsayo told The Ring. “I am so excited to fight again in Tagbilaran because the people here inspire me. This is where I came from. I want them to experience a good show.

“Also, there is lots of support coming from the city. Mayor Baba [Yap] pushes for me to fight here, and the people of Bohol give me great support.

“[Pungluang] is a tough opponent who doesn’t run away and this is a style that I want. I want him coming in, his fighting style suits me.”

Thailand’s Pungluang (53-6, 35 KOs) turned professional in 2004 and has twice held the WBO bantamweight title. The 29-year-old has defeated 20 Filipino fighters in his career and figures to provide Magsayo with a stern examination.

In preparation for Pungluang, the 24-year-old Magsayo has trained for three months, working on a few areas that he feels will be key in his upcoming battle.

“Me and coach Rissan [Muelas] have trained for the fight to go 12 rounds,” he said. “I wanted to improve on my stamina and defense. We know he is going to come in all the time.”

Magsayo’s wife has coordinated the promotion in Bohol and is optimistic that the locals will support their returning hero.

“For the audience, our team wanted them to experience a great show and that’s why we put up exciting and well-matched bouts. We wanted to bring an international feel to a show in the Philippines.

“As the fight comes closer, ticket sales are growing, and we expect full support from the Boholanos and all Filipinos as well.”

Magsayo’s manager Vikram Sivapragasam of Vladimir Boxing is in buoyant mood ahead of the event.

“I think this fight will be a tough one for Mark,” said Sivapragasam. “We will need to make adjustments as he is facing a two-time world champion.

“After this, Mark is scheduled to fight in October. My plan is to keep him busy until the end of the year and push for a world title fight.”