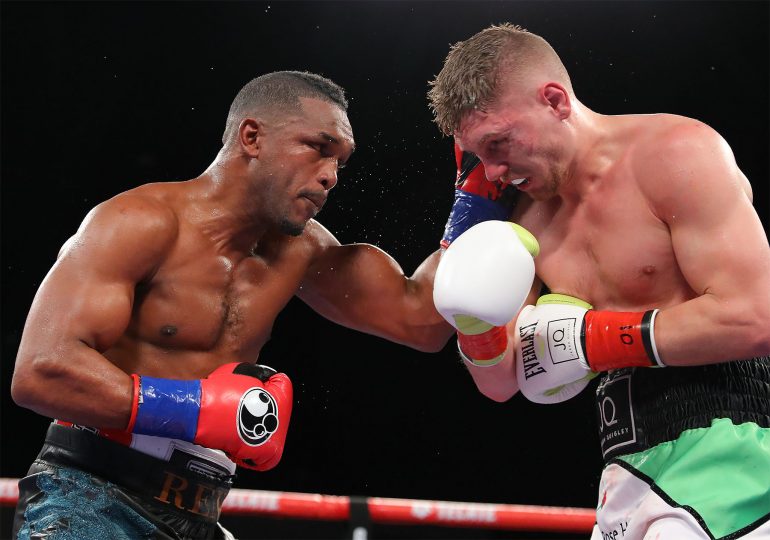 Tureano Johnson (21-2-1, 15 knockouts) said in the lead-up that he’d been learning. He was dialed in; he was on a career upswing.

I didn’t not believe Johnson but of course I had to see for myself. And indeed, Johnson, the Golden Boy Promotions boxer now training with Andre Rozier, fought smart and showed ample stamina and ring smarts in stopping Jason Quigley on July 18.

The Bahamian picked up the NABF 160-pound title when the Quigley corner looked into its fighter’s eyes after nine rounds and determined he wasn’t in full possession of his faculties to fight on and pulled the plug.

The hitter is 35 but, yes, he feels renewed, resurgent and, in that vein, he has his sights set on a buzz-y target. “We are looking at October; that’s a possibility. Nothing confirmed as yet. I’m hoping it’s a Charlo, the 160-pound Charlo. It’s a beautiful fight. This makes the best rendition of a (Thomas) Hearns and (Marvelous Marvin) Hagler.”

That’s music to the ears…OK, how does the WBA’s no. 10-ranked middleweight plan to beat WBC middleweight titlist Jermall Charlo (29-0, 21 KOs), who beat Brandon Adams by unanimous decision on June 29 in Texas?

“Giving him the better Tureano than you seen before. Don’t want to give any details. You’ll see better than in my last fight. Working on perfecting as much techniques as possible. I’m still learning.”

Johnson expects to head back to New York City, get more refinement tutoring and get deeper into the Rozier methodology in mid-September.

We shall see where it all goes…but Hearns vs. Hagler – yes, that got my attention.