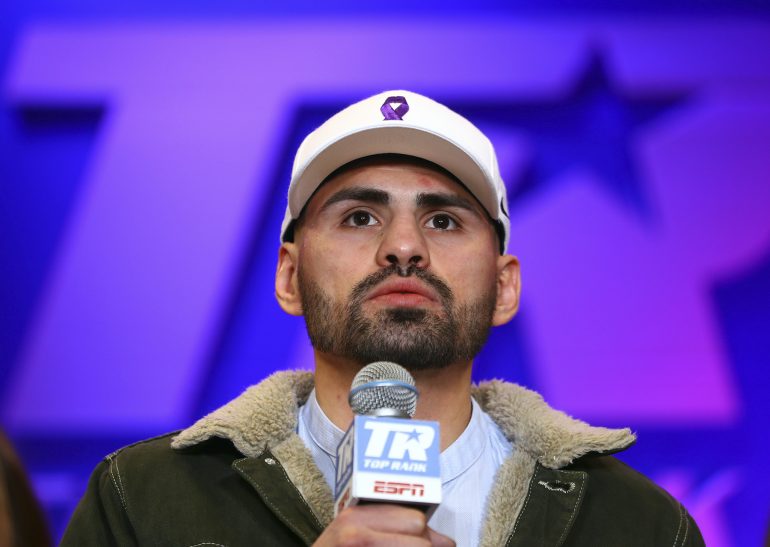 The WBO has ordered Jose Ramirez to make the first defense of his newly acquired junior welterweight title against mandatory challenger Jack Catterall, it has been announced.

Ramirez, who is rated No. 3 by The Ring at 140 pounds, won the WBO title by stopping Maurice Hooker in six rounds at the College Park Center in Arlington, Texas on July 27. Ramirez also holds the WBC title.

In a correspondence sent by the WBO, Top Rank, which promotes Ramirez, and Queensberry Promotions, which represents Catterall, have been told they have 30 days from Aug. 6 to negotiate a deal.

The WBO have also ruled that Ramirez would have to fight Catterall within 120 days of the July 27 victory over Hooker.

There have been preliminary talks to have Ramirez’s next fight this fall in Fresno, where he is immensely popular, or in Los Angeles. Ramirez, who is trained by Robert Garcia, resides in the farming community of Avenal, not far from Fresno.

Should Ramirez emerge victorious against Catterall, it could set up a showdown against the winner of the unification fight between WBA titleholder Regis Prograis and IBF counterpart Josh Taylor for early next year. The Prograis-Taylor fight is the final of the World Boxing Super Series tournament and the vacant Ring championship at 140 pounds will also be at stake.

The 26-year-old Catterall (24-0, 13 KOs), who resides in Chorley, England, knocked out Oscar Amador in the third round of a stay-busy bout on Apr. 27. In his previous bout on Oct. 6, he posted the best win of his professional career, defeating contender Ohara Davies by unanimous decision over 12 rounds.

Catterall has never fought outside of the U.K.