Heather Hardy: ‘I’m not going in versus Amanda Serrano to lose’ 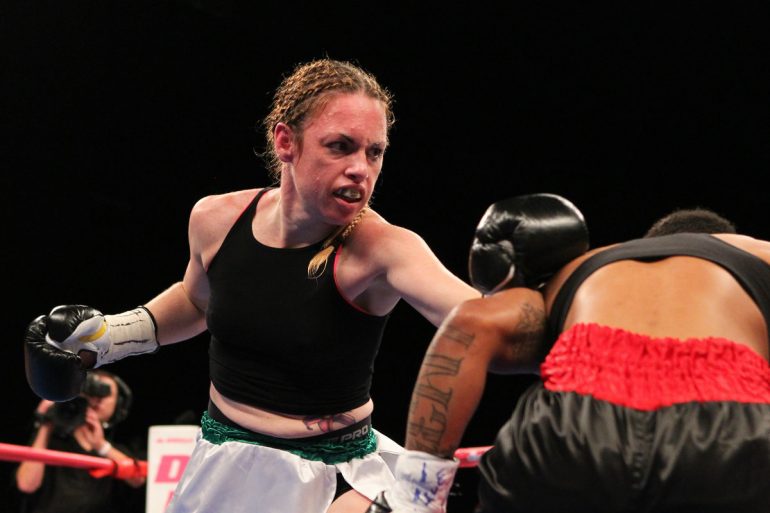 Heather Hardy has a belt on the mantle of her Brooklyn apartment, the WBO featherweight crown, snagged in an October 2018 bout against Shelly Vincent, which unfolded at the Madison Square Garden Theater, and ran on HBO, after the Gerritsen Beach single mom pressed, politely but quite firmly, for HBO to add some time to their show and broadcast the face-off.

Hardy has that belt but, it seems – pretty much universal respect for pluck and perseverance – that she is being regarded as the underdog, with a capital “U” in some circles, in a planned tussle with fellow New Yorker Amanda Serrano.

The Hardy vs. Serrano clash will unfold at the MSG Theater, on September 13, and screen on DAZN, likely in support of a Devin Haney showcase against Zaur Abdullaev, a bout which will serve as a WBC lightweight title eliminator.

Hardy spoke to The Ring on Tuesday: “We found out in February that, as a ‘super champion,’ Amanda could call out any champion in any weight division and she would be the mandatory next defense – and she chose me,” said Hardy. “I didn’t get this far in the boxing game to not know how it works. They’re hyping up a big fight between her and (undisputed female lightweight champion) Katie Taylor and this is the second of her three-fight deal (with Eddie Hearn’s Matchroom Boxing).”

She holds a 22-0 (with 4 knockouts) mark as a pugilist, after taking up the sport in her late-20s and then battling homelessness after Mother Nature took out her residence. “It will be my first time competing as the underdog, even as the current world champion but I’m still excited as hell. I’m not going in there to lose. Everyone already knows I have the balls for it. I grew up with a tough mama. Trust me – nobody scares me. It’s showtime!”

Yep, Hardy hears it, sometimes in whispers, sometimes in the way things are phrased…She knows many people think Serrano (36-1-1, 27 KOs) has got this.

“Of course. She’s on the second of her three-fight deal.The whole boxing world wants to see Serrano vs. Taylor – the big money fight. Everyone loves me but no one really believes what I can do,” Hardy shared. 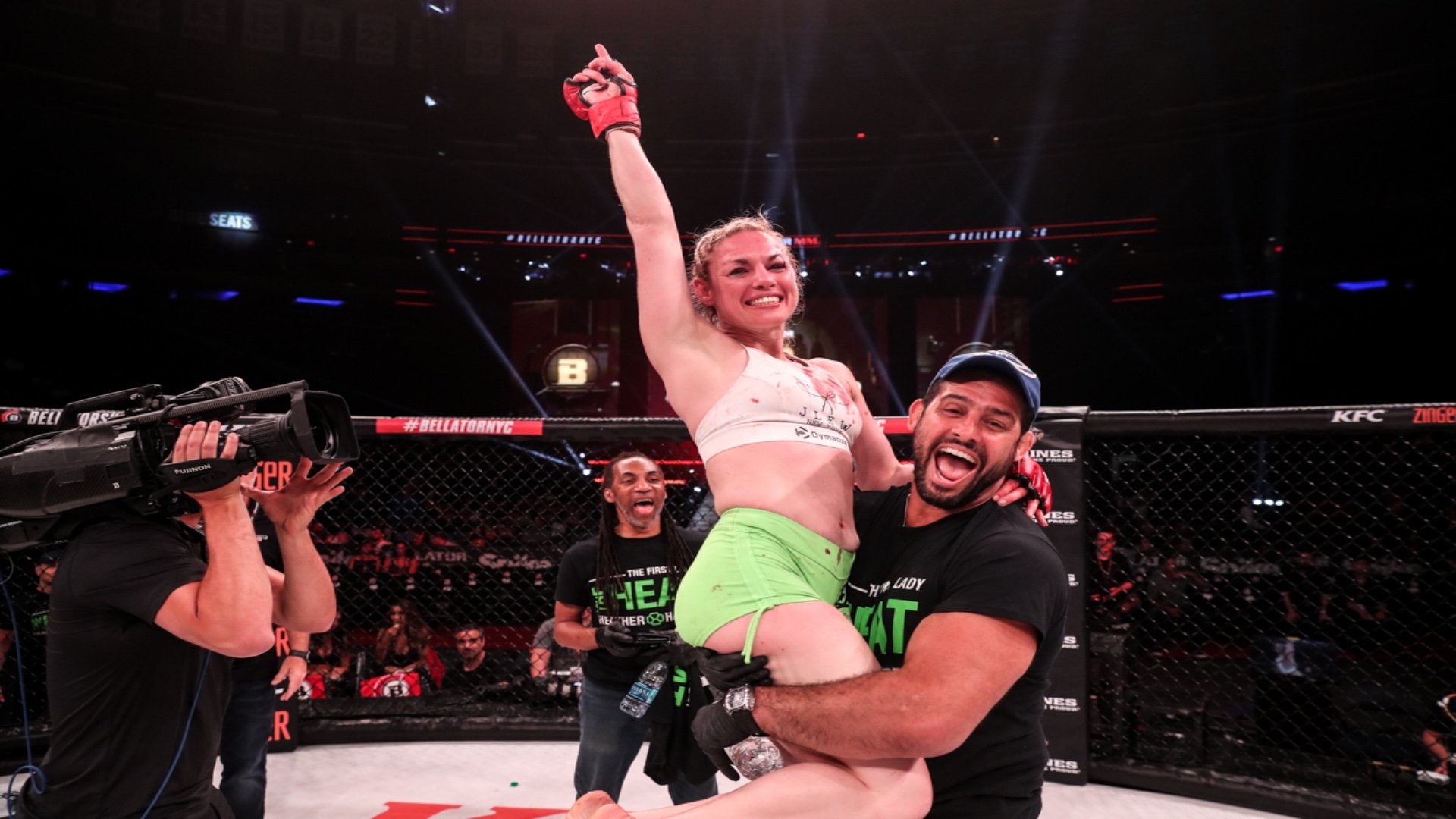 The last couple years, Hardy has been a juggling pugilist, taking bouts in the Bellator mixed martial arts league, compiling a 2-2 mark in the cage. In her most recent scrap, she took an L, after thinking that a solid boxing bout offer would materialize. It didn’t; feet were dragged and bills have to be paid. Con Ed isn’t all that amenable to hearing, “But I’m sure a big bout will get made by September.” They want that chunk now. So Hardy looked to shore up her Brazilian Jiu Jitsu in yet another sport she took up late in the game. Now she’s said she’s all in on boxing, so I asked, how much of a relief is THAT for the 37-year-old? “It’s still hard. Juggling training, work and my daughter,” she told me. “Definitely easier than MMA though!”

“I’m very excited to be back in the ring and excited to be fighting Heather Hardy,” said Serrano in a release from Matchroom Boxing. “Heather is 22-0 for a reason. She always finds a way to win. We’ve sparred in the past and I’ve never had an easy day with her. So many of the other champions vacated their belts to avoid fighting me but Heather is a true world champion who will not give up her belt. We know each other well and I’m honored to fight her for her world title. It’s nothing personal, just business for two girls from Brooklyn in the ring.”

“On Friday, September 13, seven-division world champion Amanda ‘The Real Deal’ Serrano will attempt to wrest the WBO featherweight title from undefeated champion Heather ‘The Heat’ Hardy in what promises to be an explosive match-up,” said Lou DiBella, President of DiBella Entertainment, in the same release. “Neither Hardy nor Serrano have ever been in a bad fight; both Brooklynites have passionate fan bases and are tremendous ambassadors for women’s boxing. This is a must-win fight for both boxers and will steal the show.”

Back to Hardy and that doubt…those who don’t come out and say it but heavily imply that Serrano, age 30, a Puerto Rican New Yorker who has obtained belts in sevn weight classes, will better Hardy. Does that sting or just motivate her?

“Neither. I understand it – even side by side, Lou Dibella always was vocal about how talented Amanda was and also how I might never be on any pound-for-pound lists but I’m definitely a fan favorite. It’s just what it is. I’m tough, right? Tons of heart. Chin of steel. Just not that good. The perfect B-side fighter, an undefeated scrapper. OK.”

You had to be there to get a sense of the depth of that “OK.” It was not a resigned OK; you get that, right? It was an “I will show you all…again” answer.

“Honestly Mike Woods, nobody is really taking me serious for this one, so I’m just gonna answer any questions people have and train my ass off. She is one of the best current fighters, higher KO percentage than any woman. I know how hard it’s going to be but I’m ready!”

Bet against her at your own peril…OK?