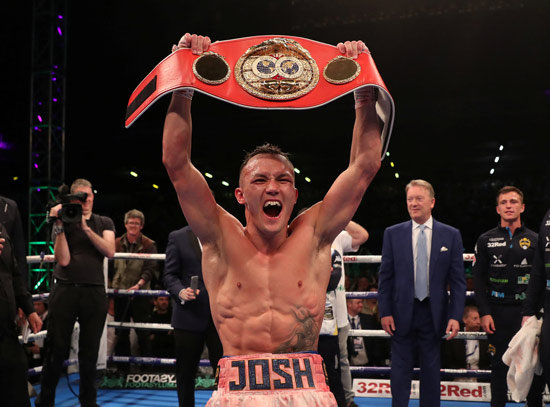 Photo courtesy of www.frankwarren.com
22
May
by The Ring

JOSH WARRINGTON HAS stated his ambition to win a coveted Ring Magazine belt once he has dealt with mandatory business against Yorkshire rival Kid Galahad on June 15 at the FD Arena in Leeds.

The Leeds Warrior claimed the IBF portion of the world featherweight pie when he defeated Lee Selby in May of last year and subsequently made a stunning first defence against two-weight world champion Carl Frampton in December.

While he would have loved for those fights to lead straight into a unification clash against Oscar Valdez (WBO), Leo Santa Cruz (WBA) or Gary Russell (WBC), a mandatory challenger has been placed in front of him in the shape of Sheffield’s Galahad, who he fought twice and beat as a junior amateur.

There is currently no love lost between the pair, so we should be in for an explosive affair in Warrington’s Leeds fortress, but he still admits to longingly keeping tabs on the activity of the likes of Valdez and Santa Cruz with a view to sharing a ring with the Mexicans.

“Yes of course, because that is the goal I have set myself and it just comes with the territory,” he confessed, explaining that fighting the other champions is a logical chain of events after winning a world title. “When I used to have the goal of being a world champion, Lee Selby was the one I targeted and, when I fought Dennis Ceylan in the final eliminator I couldn’t look past that fight, but subconsciously I knew that he was there after.

“I am ranked No.2 by the Ring magazine and Santa Cruz is No.1. I’ll tell you what, I’d love one of those Ring magazine belts! That is the goal now and it is all building blocks.

“Beating Barry will bring me closer to unifying the division and getting one of those belts.” 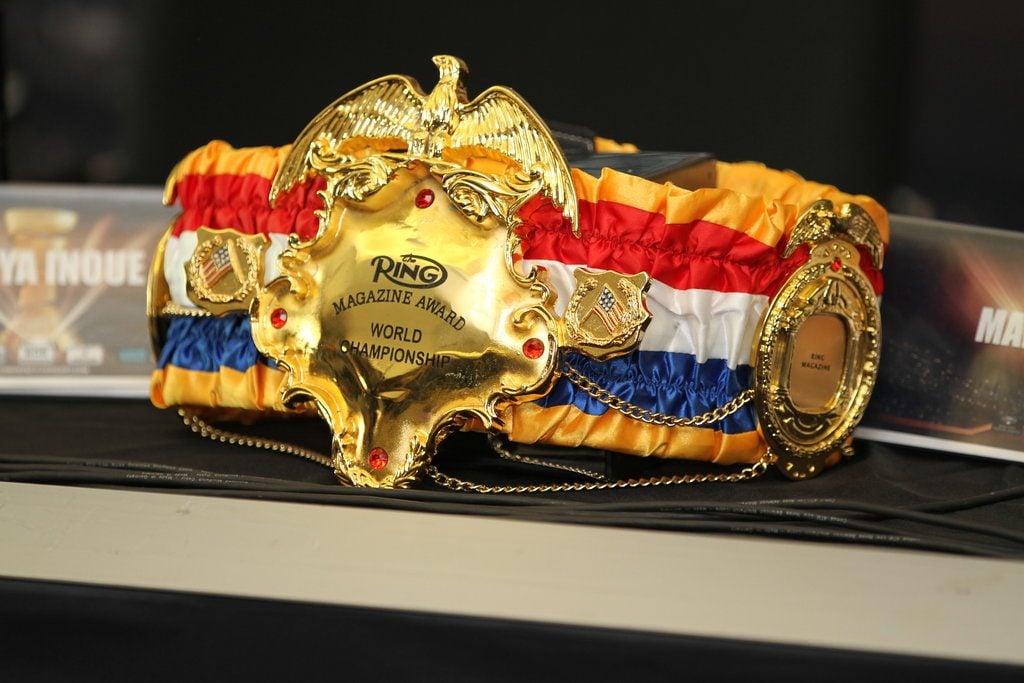 Warrington, who thrives on a tear-up, admits the thought of going hell for leather ferociously exchanging punches with the likes of Valdez or Santa Cruz truly floats his boat.

“Oh man, it gives me a hard on thinking of standing toe to toe with them, going at it hammer and tong, like me and Frampton did in the first two or three rounds of our fight. It is a exciting, like being a kid watching the big fights, it is hairs standing on back of the neck territory.

“That is what I can be part of now. I can make those memories, I can make that history and that is what it is about now. It is about giving the fans good nights and something they can talk about for a long time.”

Josh Warrington tops the bill at First Direct Arena, Leeds when he defends his IBF featherweight championship against Kid Galahad on Saturday June 15.

Tickets for Warrington v Galahad are available via Ticketmaster and are priced as below: