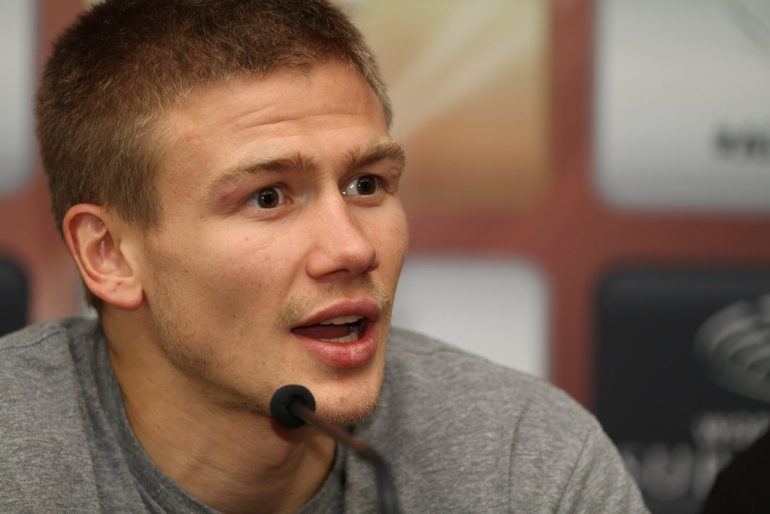 Photo by Shabba Shafiq/ SW33TSCIENCE Photography
15
May
by Tom Gray

Fight fans around the world grew increasingly frustrated with the back-and-forth verbal between the management of IBF junior welterweight titleholder Ivan Baranchyk and the brain trust behind the World Boxing Super Series. Is Josh Taylor fighting Baranchyk? If not, who is he fighting?

Well, on Saturday at the SSE Hydro, the pair finally collide in the semi-final and this argument will be settled with fists. Taylor, who hails from Edinburgh, will have home advantage and 8,000-plus Scots cheering home every punch in his first world title opportunity. However, if anyone thought Baranchyk was going to be unnerved in hostile territory, then think again.

“I don’t care where the fight is, I just like to fight,” Baranchyk told The Ring. “I believe that I will knock (Taylor) out, but I’m ready for 12 rounds. If I get him early, then that’s very good for me. I want more knockouts, more fights, non-stop from now on.

“I want to be the best in the division. When I win on Saturday, I’ll go on to win the Muhammad Ali trophy (against WBA titleholder Regis Prograis), then I want to beat Maurice Hooker (WBO titleholder) and (Jose) Ramirez (WBC titleholder). After that, I’m the best.”

With Baranchyk being pulled in several different directions at Wednesday’s press conference, I was soon hooked up with his Hall of Fame trainer, Freddie Roach. The pair have only been together for seven weeks, but if any coach can make an impression during such a short period, it’s the seven-time BWAA Trainer of the Year winner.

“We have a very good game plan,” said Roach confidently. “We know (Taylor) is a good counterpuncher. When a right-handed fighter jabs at him, he’ll go with a (southpaw right) hook over the top. That’s his number one shot for sure, that’s his bread and butter, but we’ll take it away from him.

“We can make this an easy fight.” 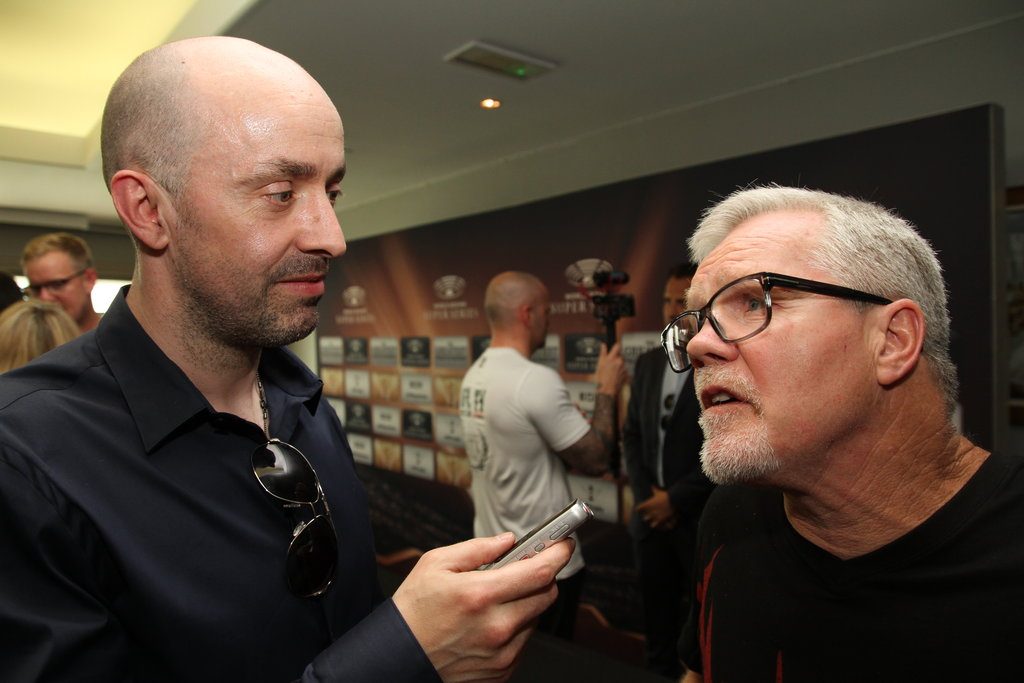 Roach is the first person I’ve encountered from either side of the fence who has mentioned the word “easy”. However, if that revelation came as a surprise, then the following exchange was even more of a shock:

The Ring: “How do you plan on getting Baranchyk to deal with Taylor’s footspeed? He’s very good on his feet.”

Roach: “Give me a fuckin’ break. Come on, he doesn’t have good footwork!”

The Ring: “But his feet are considered by many people as one of his main assets.”

Roach: “I don’t think so. He crosses his feet, he stumbles, he’s off balance a lot and we’re gonna take advantage of that.”

The Ring: “How much have you watched of him, Freddie?”

Roach: “Every fuckin’ day of my life. I know how to do my job. I’m not just looking for mistakes, I’m looking for habits and they’re things he can’t stop doing. And he thinks the crowd’s gonna help him? Too bad because the crowd can’t get in there with him.”

Now please bear in mind that trainers, just like fighters, are prone to hyperbole during pre-fight interviews. For example, Abel Sanchez told me in October that his charge, Ryan Martin, would provide Taylor with a much tougher challenge than former WBC junior welterweight titleholder Viktor Postol. When the bell rang, Martin couldn’t hit Taylor on the ass with a handful of rice.

Roach, who has forgotten more about boxing than most of us will ever know, is entitled to his opinion, after all, that is exactly what I was looking for. I challenged his reasoning on the subject of footwork and he put forth an argument, backed up by decades of experience within the sport.

Is Roach correct? Will Baranchyk cut Taylor off effectively and draw him into his type of fight? Can Taylor handle the Russian’s rampaging power if he does? It’s a fight with a multitude of questions hanging over it and on Saturday night we’ll have all the answers.