Jacobs after Canelo loss: I might have outgrown middleweight division 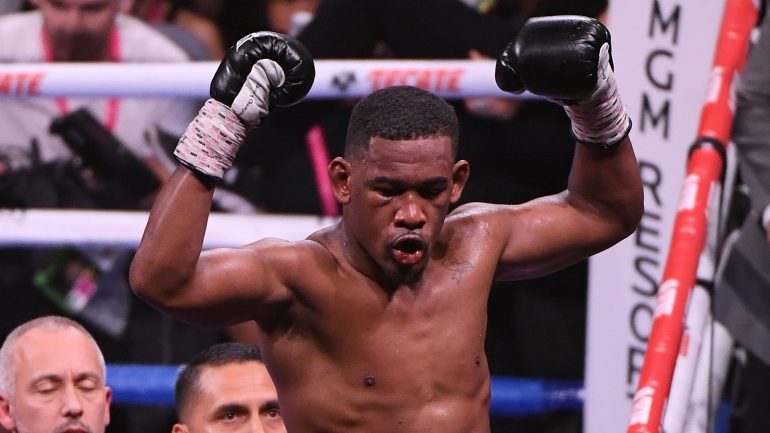 Daniel Jacobs suggested he has outgrown the middleweight division following his defeat to Saul “Canelo” Alvarez in Las Vegas on Saturday.

Canelo prevailed courtesy of a unanimous points decision at T-Mobile Arena, collecting Jacobs’ IBF strap to add to the WBA and WBC belts already in his possession.

And Jacobs, now 35-3 in his professional career, thinks the time may have come for him to step up and compete in the super-middleweight class.

“I knew it was a sacrifice that I had to take because the 10-day weigh-in for me was just a lot,” he told a post-bout media conference.

“That was the sacrifice that I took. Me and my team came up with the plan that that would be the best decision for me to go in there and give my all, and be more depleted than what we already was.

“I’m a naturally big guy, and I might have just overgrown the middleweight division.

CANELO VS. JACOBS: Missed the fight? Watch the full replay on DAZN

“Hopefully I gained a couple of fans as well … I still think that I have a career that should be thriving after this.

“The super-middleweight division is still jam-packed. We’ll see what happens.”