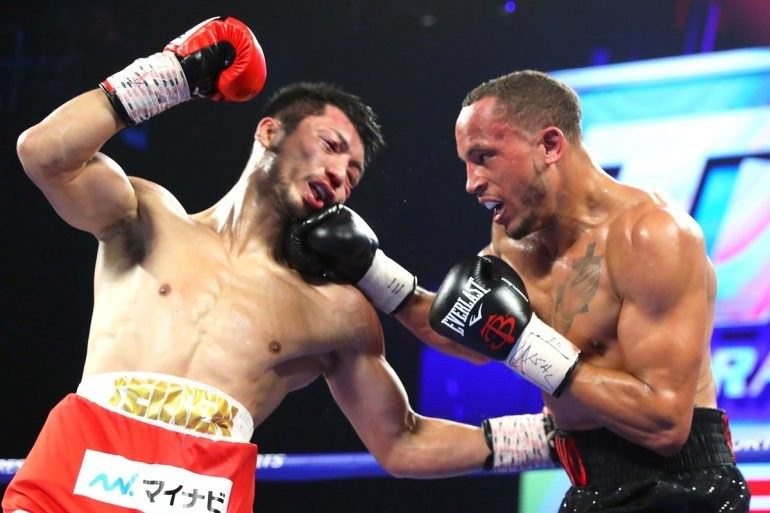 After a compelling and entertaining battle in Las Vegas on Oct. 20, Ryota Murata dropped a unanimous decision to Rob Brant and now the Japanese hitter wants to even the score.

Brant, who is rated No. 4 by The Ring at 160 pounds, will square off against Murata in a rematch on July 12, it was announced by Top Rank. The 12-round bout will take place at the Edion Arena Osaka in Osaka, Japan.

No official announcement has been made on broadcasting information, but the fight will likely be televised one of the ESPN platforms.

In the first encounter, Brant (25-1, 17 knockouts) landed a total of 1,262 punches, which was the second-most recorded by CompuBox in a middleweight fight.

With the victory, Brant, who grew up in the Saint Paul, Minnesota area and now resides in Dallas, won the regular WBA title belt.

The 28-year-old has made one defense, in February, stopping Khasan Baysangurov in Round 11. Despite that bout taking place 90 minutes from his hometown in Hinkley, Brant does not mind traveling abroad.

“I am very excited to be defending my (secondary) title in Japan against Ryota Murata,” said Brant, who signed a co-promotional deal with Top Rank and Greg Cohen in November

“Ever since I beat him for the belt, I have always known this fight was on the horizon. I feel Murata is only at his full potential while in front of his people. This fight is me showing the world that I can bring my full potential with me wherever I go.”

Murata (14-2, 11 KOs) is wildly popular throughout Japan, especially in his home city of Tokyo. But the 33-year-old, who won a gold medal at the 2012 Olympic games, has been inactive and off the radar since his second professional setback.

“Rob Brant beat me fair and square, but I am ready to get revenge,” said Murata, who is co-promoted by Top Rank and Teiken Promotions. “I want to show everyone the real Ryota Murata and regain my (secondary) world title in spectacular fashion. I took some time off after my last fight, but I never lost my fighting desire. In fact, I am more motivated than ever.”

Murata’s other defeat as a pro was to Hassan N’Dam by a controversial split decision in May 2017. Murata avenged the loss by stopping N’Dam five months later.

Editor’s Note: Brant holds a version of the WBA title that is unrecognized by The Ring. Canelo Alvarez is the WBA middleweight titleholder.