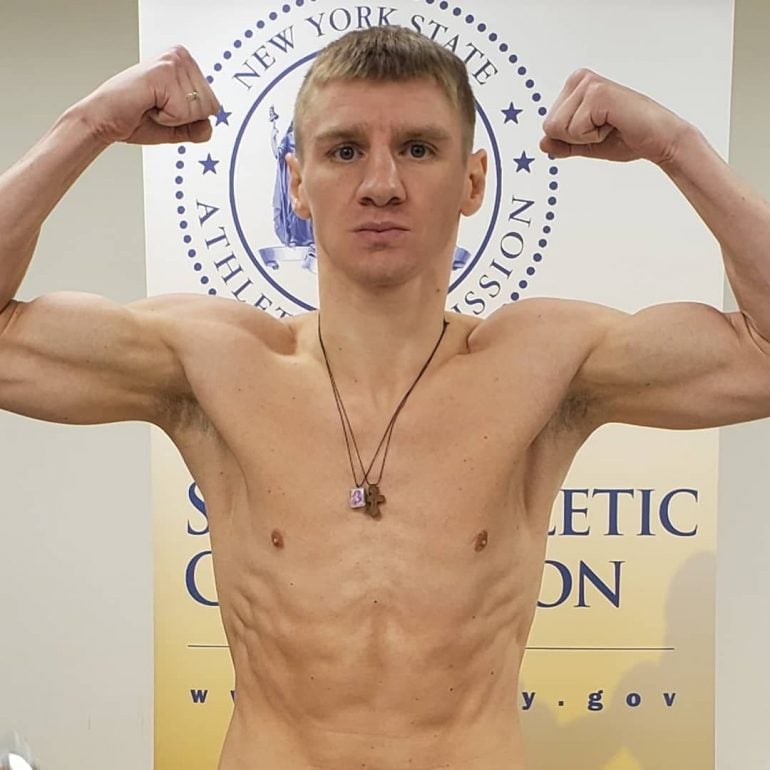 The taller Golub landed an array of combinations and power punches throughout the fight, putting the game Reyes on the defensive towards the end of the fight.

Golub is co-promoted by Lou DiBella and is managed by David McWater.

The 6’7” Jalolov (6-0, 6 KOs), who is trained by Joel Diaz, utilized his nine-inch height advantage to rain powerful punches down on Barrett, prompting referee Albert Earl Brown to stop the fight at 2:45.

Former amateur standout and current welterweight prospect Brian Ceballo (8-0, 4 KOs) of New York City stopped Ricardo Garcia (14-6-1, 9 KOs) at 2:33 of the third round. Garcia, who is from the Dominican Republic, is now winless in his last seven fights.

Junior middleweight prospect Hurshidbek Normatov of Uzbekistan dropped Calvin Metcalf (9-2-1, 2 KOs) of Kansas City, Missouri in round two en route to a one-sided decision victory. All three judges scored the bout 60-53 in favor of Normatov, who improves to 8-0, 3 KOs.