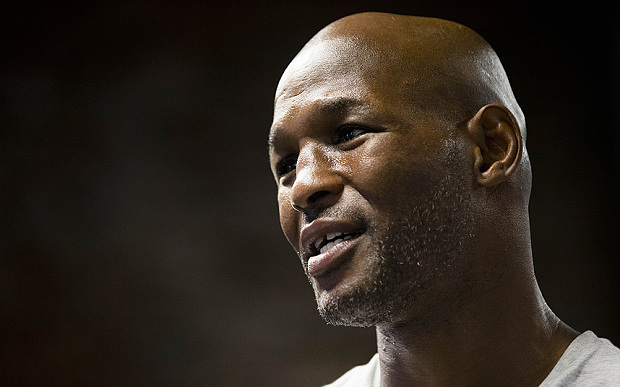 “When I first heard that Mikey Garcia wanted to fight Errol Spence I didn’t believe it, then I saw press conferences and knew it was legit,” admitted Bernard Hopkins. “But listen, anybody – and this is a quote – anybody who thinks this is gonna be an easy fight for Spence, they’re wrong, and I’ll be the first one to say, ‘Told you so!’

That is the view of a man who has forgotten more about the sport of boxing than most of us will ever know. The former two-weight world champion may be a promoter now but he doesn’t have a dog in this race, and Hopkins speaks from experience when it comes to matching skills and intelligence against the bigger man.

Like Garcia, who challenges for Spence’s IBF welterweight title at the AT&T Stadium in Dallas, Texas, on Saturday, Hopkins made the audacious choice to make a huge leap up the scales. In June 2006, the savvy Philadelphia legend moved from 160 pounds to 175 in a bid to dethrone The Ring champion, Antonio Tarver. Despite his record-breaking accomplishments at middleweight, Hopkins was installed as a 3-1 underdog and written off by fans and media alike.

Because a good big ‘un will always beat a good little ‘un.

But what happens when the little ‘un is better than good?

“I didn’t feel at any disadvantage against Tarver,” said Hopkins, dismissing his former opponent’s natural size advantage. “I had more tools, I was faster and I was unpredictable. Those three things, combined with the fact that I was stronger after moving up from middleweight, surprised him. Tarver didn’t expect me to be so physically strong and he was shocked early. Even before I knocked him down (in Round 5), he knew he was in for a long night.”

Hopkins dominated Tarver over 12 rounds and claimed a unanimous decision, bolstering his legacy and confirming his greatness once again. However, just because an all-time great like Hopkins could accomplish such an amazing feat, that doesn’t necessarily mean Garcia can. Spence, a former amateur standout, is super-talented, quick, powerful and he’s a southpaw. Hopkins’ respect for both parties was therefore visceral.

“This is a match where both guys have so many weapons that they can use,” said the future Hall of Famer. “I think Spence has the slight edge, but he won’t necessarily be the winner. I think this will be one of Spence’s toughest fights and it will show whether or not he can reach superstardom, and the same goes vice versa.

“Garcia has experience; he’s been to the dance many times before and that’s important. Spence is bigger, but that doesn’t necessarily mean better. Garcia has all of the tools to beat – not upset – beat Errol Spence. In terms of styles, he has what it takes to win this fight, without ‘upset’ even being mentioned. If Garcia can take away the size advantage, we’re gonna find out early whether Spence has the goods to be this great champion of the future.”

Hopkins struggled mightily to pick a winner, pausing for several seconds to consider all the intangibles. Finally, the great ex-champion came off the fence.

“It’s very close, and I think they’ll do it again, but I believe Spence wins this one by split decision,” offered Hopkins before adorning his promoter’s hat for the briefest of moments. “The winner of this fight can reasonably be judged as the second biggest star in the sport behind Canelo.”

Tom Gray is a UK Correspondent/ Editor for RingTV.com and a member of The Ring ratings panel. Follow him on Twitter: @Tom_Gray_Boxing