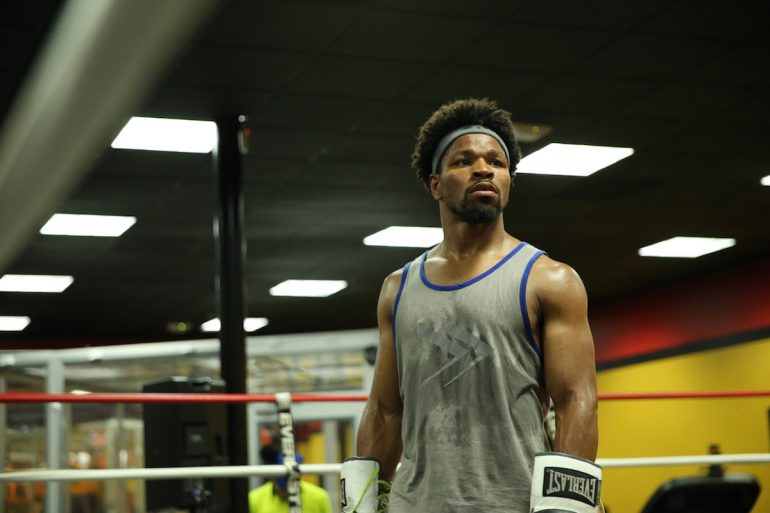 It wasn’t an easy day to make weight for defending titleholders on Friday. At roughly the same time that Maurice Hooker needed four trips to the scale to make 140 pounds in New York, Shawn Porter was hitting speed bumps of his own on the west coast.

The WBC welterweight titleholder Porter shocked observers when he initially checked in at 148.8, nearly two pounds over the weight limit for his first title defense against Yordenis Ugas at the Dignity Health Sports Park in Carson, California.

Porter used up much of the two hours he was allowed to cut weight, and had to cut off some of his braided hair to finally get down to 146.8 pounds. When the commission ruled he had made the limit, Shawn’s trainer and father Kenny Porter celebrated like they’d just won another belt.

Shawn Porter allays concerns after initially missing weight: “This was not a step back, this was not me underestimating Ugas…it’s done, it’s over, I’m solid as a rock.” Porter defends his WBC welterweight title against Yordenis Ugas Saturday #PorterUgas pic.twitter.com/hrEE6qhkUh

Porter is making the first defense of the belt he won in his last fight when he beat Danny Garcia by split decision in September, while Ugas (23-3, 11 KOs) has won eight straight to earn the mandatory fight.

The fight headlines a PBC on Fox card which begins at 8 p.m. ET on Saturday.