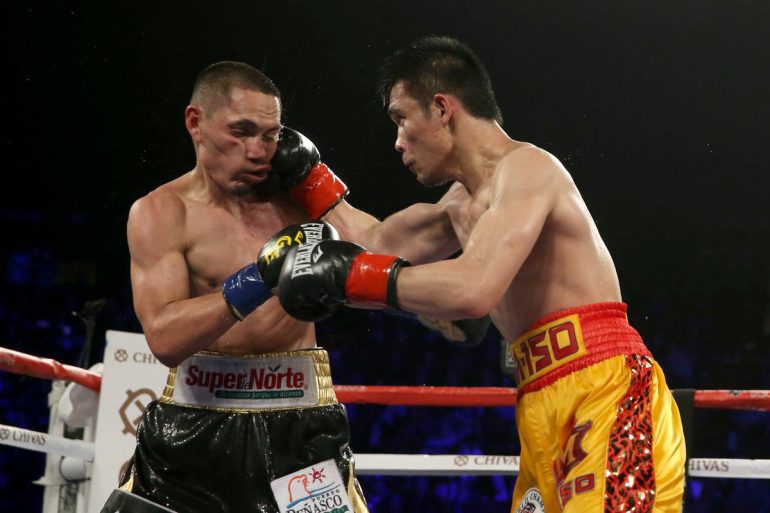 Srisaket Sor Rungvisai and Juan Francisco Estrada are set to square off again.

Their rematch for The Ring junior bantamweight championship is scheduled for April 26 in Los Angeles, industry sources told The Ring. The fight will be streamed on DAZN and joined by a junior featherweight title unification bout between Danny Roman and T.J. Doheny.

Jessie Vargas was in talks to fight Kell Brook on the show, but instead will make his 154-pound debut on the card, according to industry sources.

Rungvisai (47-4-1, 41 knockouts) edged Estrada via majority decision when they met in February 2018 at The Forum in Inglewood, California. The 115-pound title tilt was one of the most entertaining scraps of the year, a bout that featured non-stop action from bell to bell. Rungvisai’s victory cemented his status as one of the best pound-for-pound fighters in the game (he’s rated No. 8 by The Ring).

Estrada’s late surge in the bout — and the tight tallies on the scorecard — had fans calling for a rematch; it just took longer than expected to materialize. The Mexican is a former titleholder, and once was listed on The Ring’s pound-for-pound list. Estrada (38-3, 26 KOs) is currently rated No. 1 at junior bantamweight. Since the defeat to Rungvisai, the 28-year-old scored victories over Felipe Orucuta and Victor Mendez on HBO.

Rungvisai, who broke through in 2017 with consecutive victories over Roman Gonzalez, recently signed a deal to compete exclusively on DAZN.

The pairing of Rungvisai-Estrada with Roman-Doheny is perhaps DAZN’s best offering yet. Roman, rated No. 4 by The Ring at 122 pounds, has reeled off three victories since he claimed the title with a ninth-round KO of Shun Kubo. The 28-year-old volume puncher most recently stopped Gavin McDonnell in Round 10. Roman (26-2-1, 10 KOs) was born and raised in Los Angeles and will enjoy a homecoming in the biggest fight of his career.

Doheny (21-0, 15 KOs) is the one who will be fighting on hostile turf. The Ireland native now resides in Australia. The 32-year-old southpaw topped Ryosuke Iwasa via decision in August to grab the title and defended it with an 11th-round KO of Ryohei Takahashi in January.