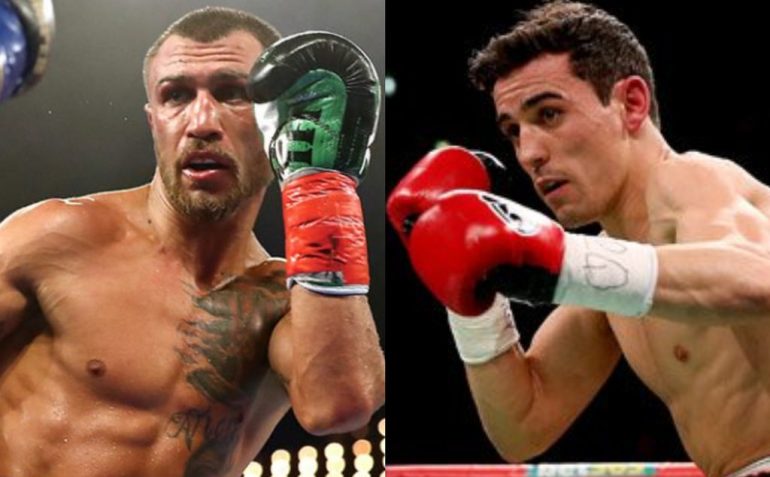 As you’ll no doubt be aware pound-for-pound king Vasiliy Lomachenko will defend The Ring, WBA and WBO lightweight championships against Anthony Crolla on April 12 at the Staples Centre in Los Angeles.

The matchup, which will be broadcast on ESPN + in the U.S., has been rubbished on social media without mercy. One would honestly think this was the first time that an outstanding pound-for-pound champion had taken part in a fight where he was a massive favorite to prevail. It’s happened hundreds of times before. It’ll happen again.

So why is there a witch hunt against Loma vs. Crolla?

Lomachenko has hardly dodged the column in his career. The former double Olympic champion challenged for a world title in his second professional fight, losing on points to Orlando Salido. He handed the outstanding Gary Russell Jr. his first loss to win a world title in his third fight. He has annexed championships at three weights and unified at lightweight. In title defenses he’s stopped Roman Martinez, Nicholas Walters, Guillermo Rigondeaux and Jorge Linares. With all of that under his belt, Lomachenko has emerged as the best fighter in the world and he is also one of the most talented prizefighters we’ve ever seen.

So the challenger is the problem, right? Wind your neck in!

Crolla at one time was the most improved fighter in British boxing, an accolade which now belongs to Josh Warrington. Very few experts tabbed Crolla as a prospective world champion following defeats to journeyman Youssef Al Hamidi and domestic counterparts Gary Sykes and Derry Matthews. However, the Manchester man put those setbacks behind him to flourish into a world-class technician.

After recovering from a brutal assault, which left him with a fractured skull and a broken ankle, Crolla regrouped to win the WBA lightweight title, against the odds, from Darleys Perez. His first defense came against then-unbeaten knockout artist Ismael Barroso. Crolla was the underdog once again, but he smartly avoided the bombs and wore Barroso to a frazzle with a superb tactical display in Manchester. The result was a seventh-round knockout.

The Englishman then went 24 rounds with Linares for The Ring and WBA 135-pound championships. I was ringside for both fights and although Crolla was dominated in the rematch, he gave the Venezuelan star plenty to think about in the first encounter. You can’t match skills with an opponent of that caliber if you’re not world-level and that’s just a fact. Yes Linares solved him second time around, but is that really a disgrace?

Since losing to Linares, Crolla has outpointed former three-weight world champion Ricky Burns and scored a unanimous decision win over Indonesian power-puncher Daud Yordan in a WBA final eliminator. Those are the type of wins that get you a world title shot. The fact that Lomachenko, the best fighter on the planet, will be a huge favorite to win doesn’t change that.

Truth be told, I’ve seen a damn sight worse from pound-for pound champions in my time: Sugar Ray Leonard vs. Larry Bonds or Bruce Finch, Roy Jones Jr. vs. Richard Frazier, Derrick Harmon or Glen Kelly, Sugar Shane Mosley vs. Shannon Taylor or Adrian Stone, Bernard Hopkins vs. Morrade Hakkar. Unlike Crolla, none of these challengers had the resume or the lead-in victories to be worthy of a world title fight. Stop me when I’m wrong!

Do I think Crolla wins the fight? No I don’t. With that said, how many lightweights (minus Mikey Garcia who is now at welter) would you pick to beat Lomachenko? I’m having a look at The Ring 135-pound rankings right now. For me, nobody comes close to beating the Ukrainian lefty, and future threats, Teofimo Lopez and Devin Haney, are too green at the moment. Gervonta Davis? Let him make his way into the correct division. Floyd Mayweather can chant shit from the sidelines about matching his protégé with Lomachenko, but talk is cheap. As great as it would be, you have more chance of finding a virgin in a maternity ward than seeing Lomachenko vs. Davis in 2019.