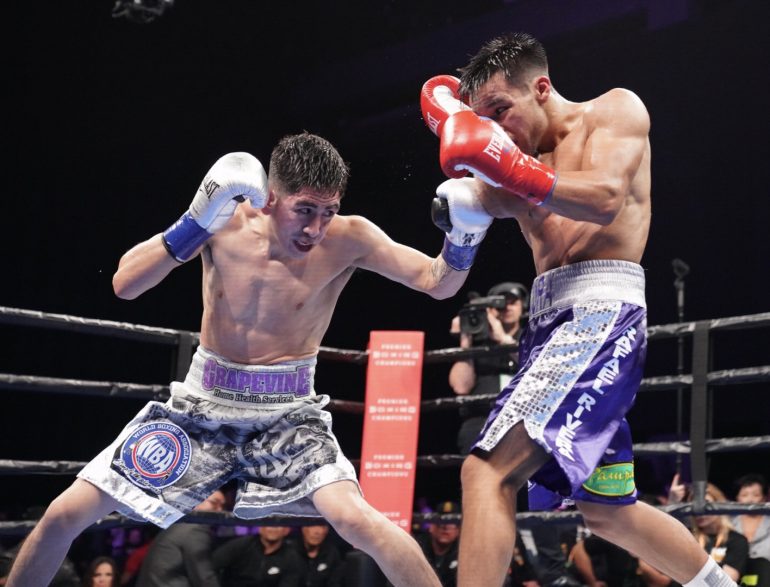 LOS ANGELES — Leo Santa Cruz has another title defense under his belt, and now he can look ahead to far more significant fight.

The Ring’s No. 1 featherweight retained his WBA featherweight title with a unanimous decision victory over Rafael Rivera on Saturday at Microsoft Theater in the main event of PBC on FOX. All three judges turned in the same tally: 119-109.

The volume puncher delivered a mind-boggling 1,273 punches in the victory, the second-most of his career. Santa Cruz was originally slated to fight Miguel Flores, but he suffered an ankle injury in training and withdrew from the bout on January 24.

Rivera’s effort was game, but he was overmatched against the best 126-pounder in the world. The challenger simply didn’t possess the firepower to win the furious exchanges that are a staple of Santa Cruz’s game.

“I would have loved to have been even better, but he’s a really tough and solid opponent,” said Santa Cruz. “I hit him hard to the body and head very well, but he didn’t go down.”

Santa Cruz (36-1-1, 19 knockouts) was competing for the first time since his June victory over Abner Mares in a rematch. The bout against Rivera amounted to a routine title defense, but he’s primed for a far more high-profile bout in his next outing.