Redemption: James Wilson leaves his past where it should be 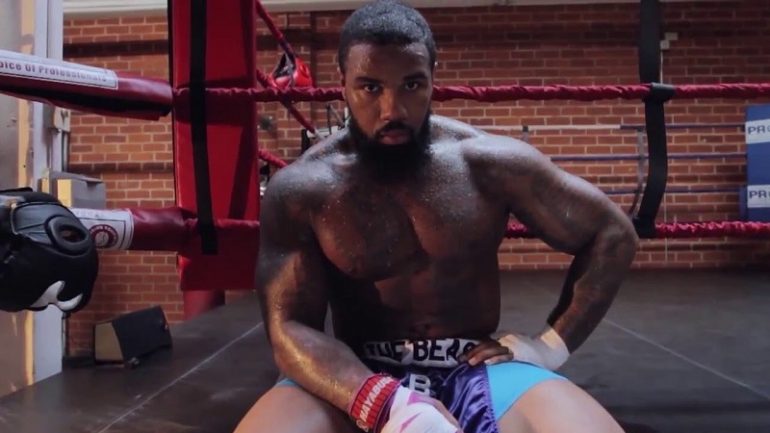 The off-white, rusty Topaz was home. It was cramped, musty and cold, though enough to fit four. James “The Beast” Wilson had to wake up extra early on autumn weekday mornings to use a recreational park bathroom to shower, so other kids walking to school wouldn’t see what he was going through. He wore the same unwashed clothes every day, hanging off his thin limbs and dinner each night was a surprise – because the little family didn’t know whether or not they would be eating.

The nadir came when Wilson was arrested when he was 13 for robbery, chased on his bike by police and helicopters. Subconsciously Wilson admitted he wanted to get caught. It meant a warm bed and a meal every night for three months.

It led to structure in a group home and sports led to his redemption.

He was kicked and punched in the face long before he stepped into the combat sports world when he was 22.

Wilson, now 32, continues his journey this Saturday when he takes on Sylvester Barron (9-10-1, 3 knockouts) at the Toyota Center in Houston, Texas, in a heavyweight bout supporting featherweight contenders Jesus M. Rojas vs. Can Xu, and the Jaime Munguia-Takeshi Inoue match-up for the WBO junior middleweight title.

Wilson (7-0, 6 KOs) arrived at boxing via a very circuitous route. A star running back and defensive end at John Marshall High School in Los Angeles, he played briefly at Concord University before transferring and playing at Averett University in Virginia.

He briefly played semi-pro football in Europe, tried out for the Chicago Bears and got a blink and, at the ripe young age of 22, kind of an ancient time to start in the combat sports world, he walked into a Los Angeles dojo and was introduced to the different world of Kenpo karate, Muay Thai and kickboxing. 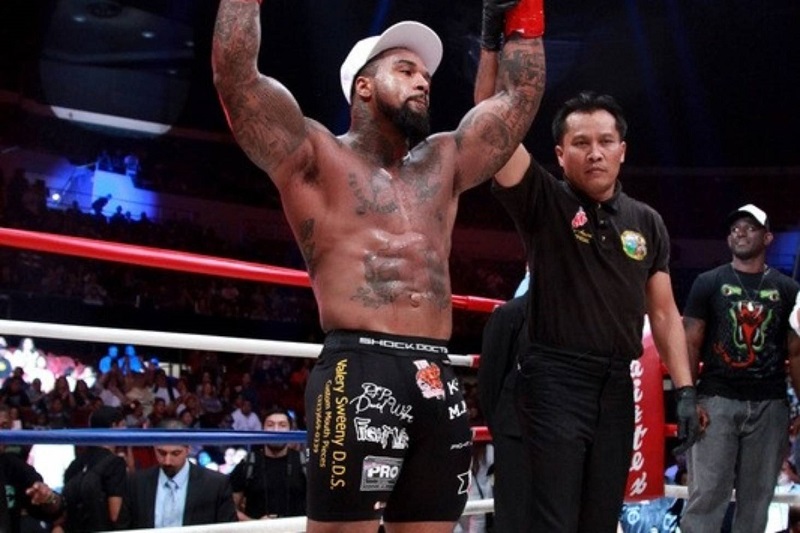 “I’m a strong-willed person; that’s what pulled me through everything when I was a kid,” said Wilson, the father of three boys ages four, seven and 10. “I give the glory to God because without God, I wouldn’t have found a strong will and a strong heart to get through an unbelievable circumstance.”

Wilson has always been a fighter.

The third of five children from a single mother and a father he never knew, Wilson lived out on the street between the ages of 12 to 15, living in that beat-up Topaz and sometimes sleeping on park benches.

“I used to blow up a lot. I wasn’t the kind of kid who could express his anger and how I felt,” Wilson said. “When I was a kid in the group home, we used to have to share how we felt and I didn’t like to talk. I used hold everything in. I would haul off on everybody in the house. I was bitter about my life and I needed to release. Anything would tick me off. Someone would just step on my shoe and I was ready to bust your head in.

“But I think playing football and lifting weights took care of my anger. When I played football, I was angry. My coaches used to say, ‘You run like you’re angry.’ And I was. I wanted to kill everybody in my way. I channeled my anger that way but growing up in that time, I lost my older brother David, when he was killed at 20 in 2004. It was a violent crime where he was stabbed. That’s the point where you could go left – or get even angrier – or you could go right and get yourself together.

“When David was killed, I wished it was me instead. I remember going to where David was killed; I was ready to take somebody out. One of my coaches talked me out of it but you remember those times. They never leave you. It’s what led to me taking on a sport like boxing.”

Where he goes in his career and how fast he moves, it really doesn’t matter. For what he’s already endured, Wilson is a winner.

“I want to be a household name; I want to be the world’s heavyweight champ,” Wilson said. “I’m being compared to Mike Tyson because we’re built kind of the same way. I would like to bring back that era, bring back that dog of boxing in the late-1980s and early-1990s.