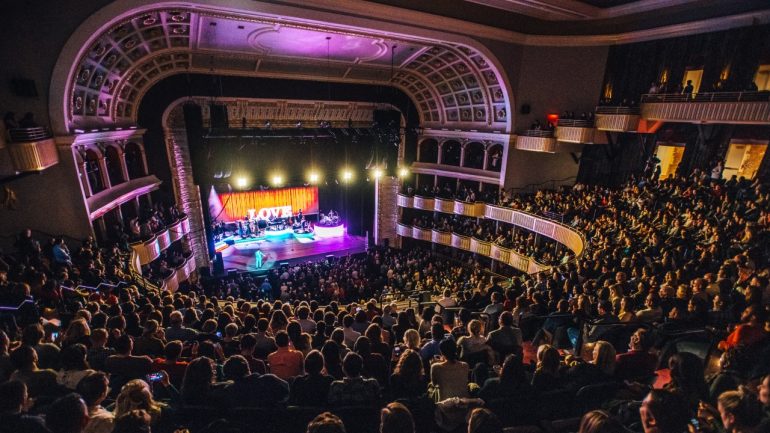 PHILADELPHIA – In the grand scheme of boxing, especially during the build-up for the Manny Pacquiao-Adrien Broner fight this Saturday, it may appear as just a blip.

But for any boxing purist, whether they’re from Philadelphia, Pennsylvania, or Indio, California, it’s huge. In one week’s time, one legendary boxing venue announced its official demise, while another announced its resurrection.

On Tuesday, it was announced that the legendary Blue Horizon building on North Broad Street, a 154-year-old building at 1314-16 N. Broad St., between Thompson and Master Streets, which is listed on Philadelphia’s Register of Historic Places, is to become a “Moxy, which is a micro-hotel under Marriott’s ownership.

On Wednesday, Philadelphia—and the country—were awarded a new boxing palace for future stars, when Live Nation, in association with Philadelphia’s Hard Hitting Promotions, announced it would debut a nine-fight card on Saturday, Feb. 23, at The Met Philadelphia, the newly restored Metropolitan Opera House at the corner of Broad Street and Poplar Street, just a handful of blocks up from the where the Blue Horizon once stood.

The Met, which opened in 1908, recently completed a massive $56 million restoration that combines spectacular live entertainment with remarkable food and drink options to create an unparalleled guest experience. The venue’s transformation is the crown jewel of North Broad Street’s renaissance.

And now it’s a place where fight fans, not just from Philadelphia, but throughout the country, can come see fights. It’s a modernized version of the Blue Horizon, which was boxing’s equivalent to iconic sports venues like Fenway Park and Philadelphia’s own Palestra.

The Met hasn’t absorbed a drop of blood yet, but the venue and experience of being there promises to carry the same old-school ambience of the Blue Horizon—sans the cigar smoke.

“Boxing has always been part of the fabric of Philadelphia, and boxers have contributed greatly to what Philadelphia is, so it was obvious to us that we needed to include boxing within the first few months of us opening,” said Geoff Gordon, Regional President, Live Nation Philadelphia. “The Met re-opened on December 3, with Bob Dylan.

“We raised the floor to present boxing to the fans. I’ve seen boxing and wrestling in other venues where they’ve been on a stage, but this will be held on the floor at the lip of the stage. We’ll have the ring surrounded on three sides by seating, and setting up seating on the stage. It’s set up where everyone is looking down and you’ll be able to see the foot work and everything the fighters will do.

“We wanted to make this setting as authentic as possible to the boxing fan.”

Philadelphia stalwarts Samuel Teah (15-2, 7 knockouts) and Branden Pizarro (13-1, 6 KOs) will be featured. The Met is looking to hold six fight cards this year, one card every other month in the arena that will fit 3,500.

“It’s an exciting opportunity for boxing and we have a wonderful spot we feel we have to watch competitive boxing on Broad Street,” Gordon said. “The Met’s intimate boxing set up will enable every spectator to capture and feel the energy of the fight.”