Sonny Conto ready to get busy after signing with Top Rank 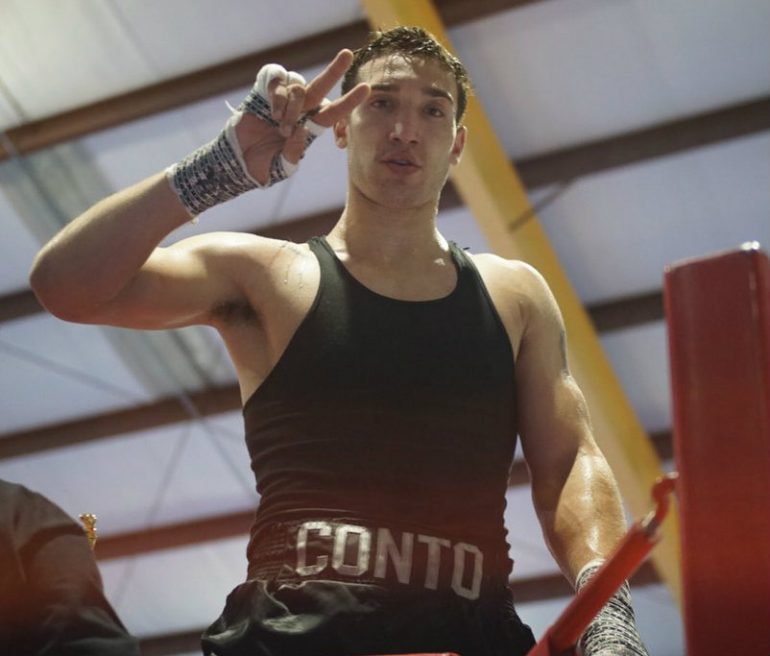 Top Rank announced yesterday the signing of a young heavyweight, adding the Philadelphia native Sonny Conto to its stable.

The young stud gets the rare opportunity to make his pro debut in his hometown at the 2300 Arena on February 8.

“No better place than Philly to make my debut,” said Conto, who is managed by David McWater. “Boxing has such a rich history in Philly and I’m very proud to be a Philadelphia fighter.

“My family and friends are very excited that I signed with Top Rank.”

In case you’re wondering, Sonny Conto wasn’t named after Sonny Liston or any other boxer. “I’m named after my father’s uncle who he was very close with.”

You’ll be hearing the name a lot as Top Rank informed The Ring that we can expect to see Sonny in action five or six times this year. Sonny is ready for the enhanced workload. “I always stay in shape, so I’m ready for the activity.”

With the 2020 Olympics in Tokyo just around the corner and all the uncertainties that are surrounding boxing’s participation in the Games, Sonny seemingly made a calculated decision to turn pro now, rather than train and potentially be disappointed later at what could be a setback for the sport.

He assured The Ring that wasn’t the case. “I always had more of a pro style and the amateurs was about points…fighters were always running and I wanted KOs.”

That kind of action is always welcomed from boxing fans. “Expect action and intensity from my fights…I don’t intend on judges determining the outcome of my fights,” said Conto, whose signing was announced alongside Puerto Rican-born junior featherweight Jeremy “Magic Hands” Adorno, who also makes his debut on the same card.

The Top Rank press release stated: “Conto, 22, was a two-time Pennsylvania Golden Gloves champion, a silver medalist at the 2018 National Golden Gloves, and a bronze medalist at the 2017 National Golden Gloves. Before turning to boxing full-time, he was a decorated collegiate pitcher who helped lead Rowan College at Gloucester County to the NJCAA Division III Baseball World Series. A 6-foot-4 puncher, Conto will appear on the ESPN family of networks in 2019.”

Going a bit deeper on the details, Sonny told The Ring, “I always loved boxing more than baseball. My favorite heavyweight was Evander Holyfield, because of his heart and ferocity. [These days] I’d like to see a [Deontay] Wilder-[Tyson] Fury rematch to see if Wilder can make the adjustments to stop him.

There’s a third heavyweight who has a claim to the throne, and Conto thinks the unbeaten British champion is willing to mix it up with those fighters also.

“I don’t think [Anthony] Joshua is ducking anyone.”

Signing with Top Rank came after careful consideration and is intended to land Sonny in the upper echelons of the division in due time.

“My father and I have been in contact with many promoters over the past couple years. It was just about finding the right fit.”

At Top Rank, they feel they’ve found that.