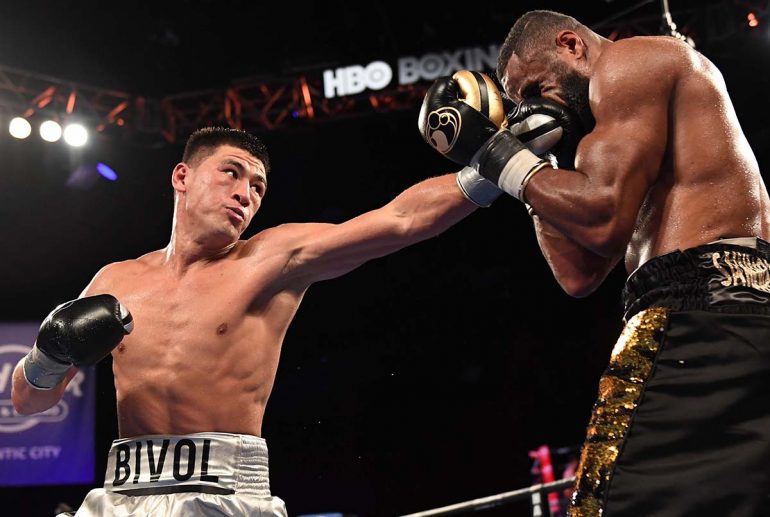 ATLANTIC CITY, N.J. — Jean Pascal still looked great physically — muscularly carved up like he always is, hiding the wear and tear and accumulated rust from a fine, 13-year pro career that might have been two years too long.

WBA light heavyweight titleholder Dmitry Bivol could have cared less about Pascal’s faux veneer. The former Russian amateur star is a lethal, unflappable tactician. If there are deficiencies in his opponent, Bivol is bound to find them, as he did with Pascal Saturday night on HBO’s World Championship Boxing from the Mark G. Etess Arena at the Hard Rock Hotel & Casino in Atlantic City, New Jersey.

Bivol never deviated from his game plan, regardless of numerous Pascal charges, winning his third title defense by unanimous scores of 119-109 from judges Lynne Carter and Carlos Ortiz Jr. and 117-111 from judge Henry Grant.

Bivol (15-0, 11 knockouts) remained undefeated and Pascal (33-6-1, 20 KOs) proved he can still fight at a high level, though more as “an opponent” than as a legitimate contender.

“Every time we shoot for a KO. I try to show my boxing skills,” Bivol said. “He used his experience and he was powerful in this fight. I used all of my skills in this fight and I believe that, yes, I can beat [Eleider] Alvarez. And I am ready to fight anyone and everyone in the division. Whoever they want me to fight, I will fight.”

Through the first three rounds, the 27-year-old Bivol picked his spots. He patiently tapped Pascal with the jab, and then occasionally dropped down to plow a body shot to Pascal’s 36-year-old midsection.

Pascal swung wildly in the first round, hoping to connect with something. But Bivol wasn’t there. At around 2:10 in the fourth, Pascal tried again and caught nothing but the leather of Bivol’s glove. With roughly 90 seconds left in the fourth, Bivol dug a few body shots into Pascal’s sides.

Pascal did summon the strength to land a couple body shots of his own, making it his best round.

The fifth began with Bivol flicking his jab. Pascal retaliated with a left to Bivol’s body, but Pascal wasn’t able to keep a sustained attack. He charged at Bivol, and though it looked good, it had no effect. Bivol went back to chipping away, poking Pascal with the jab and looking for an opening. 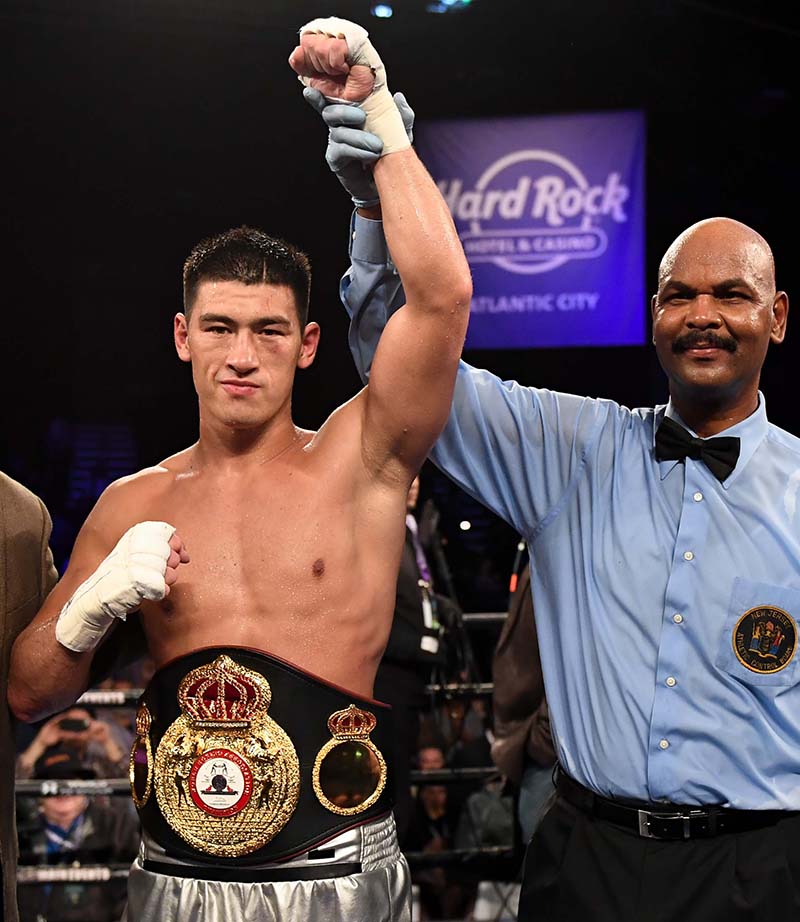 In the sixth, Bivol began backing Pascal up again. The former WBC light heavyweight champ tried another wild swing to keep Bivol at a safe distance. It didn’t work. Bivol kept tapping, and tapping, looking for the time and space to unleash his right.

Bivol knew the longer the fight went, the more it would deplete Pascal.

Bivol went back to work in the seventh. Once again, he controlled the action, the distance and the tempo. He banged a right off of Pascal’s head with around :30 left in the round and returned to his corner with at least six rounds in the bank.

In the eighth, Pascal went for broke, swinging wildly and even landing a few times. But Bivol withstood the onslaught and with Pascal punched out, Bivol methodically pecked away at Pascal, who may have won the round because of his greater activity.

The ninth brought more of the same. Bivol pecking at Pascal, and the veteran unable to stop it.

Pascal tried mauling Bivol in the 10th, after Bivol stung with a barrage of shots. His cheeks swollen, his left eye also swelling, Pascal, much to his credit, kept coming forward. He landed a few shots to Bivol’s midsection and seemed to find a new stream of energy.

Halfway through the 11th, Bivol resorted back to what had been working, systematically trying to break Pascal’s high guard with the jab, and then shoot a right to the body or the head.

In the 12th, Bivol stood his ground. If Pascal had a feeling he was losing, he certainly didn’t show it. He ate more of Bivol’s jabs and didn’t throw anything substantial until the last :10 of the fight.

By then, it was well over.