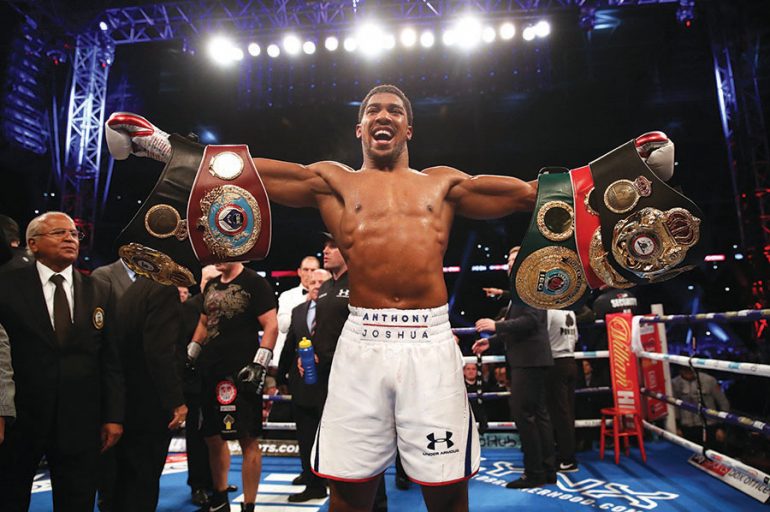 You might have recently heard that Matchroom Boxing Group Managing Director Eddie Hearn was hinting that he has a super-surprise guest in mind to fill the April dance card slot against IBF/WBA/WBO heavyweight titlist Anthony Joshua, at Wembley Stadium, where the Brit packs them in and rouses euphoria in fans who sing “Sweet Caroline” and then see him put foes to sleep.

The Hearn hint had me wondering if he wasn’t referring to undisputed cruiserweight champion Aleksandr Usyk, last seen bumping himself up the pound-for-pound ladder and making himself the lead dog in the “Fighter of the Year” pack. He took out crafty vet Tony Bellew on November 10 and so we, of course, wonder what he’ll do next.

I reached out to Usyk’s manager Egis Klimas and also the best – or maybe second-best – fighter on the planet The Ring Magazine/WBA lightweight champion Vasiliy Lomachenko. (More on that below.) So Mr. Klimas, might we see Usyk in Wembley stepping to the line against “AJ”?

“Hey Mike, no not in April,” he said. “Maybe some other heavyweight fight or still cruiserweight. Don’t know yet.”

OK, good to know at least that Hearn wasn’t referring to Usyk. Maybe Wladimir Klitschko is bored in retirement? Let the engines of speculation roar still…

Regarding Klimas’ good standing, him repping two ultra aces, I asked him, so do you represent the No. 1 and No. 2 boxers on Earth now?

“I’m very proud of it and both of them!”

Yes, I asked him to pick his favorite offspring…

“Both are number one,” he said, judiciously.

Klimas has “Manager of the Year” locked down in BWAA voting, I’d guess.

Readers, who do you think gets that April face-off slot against Anthony Joshua? Talk to me…